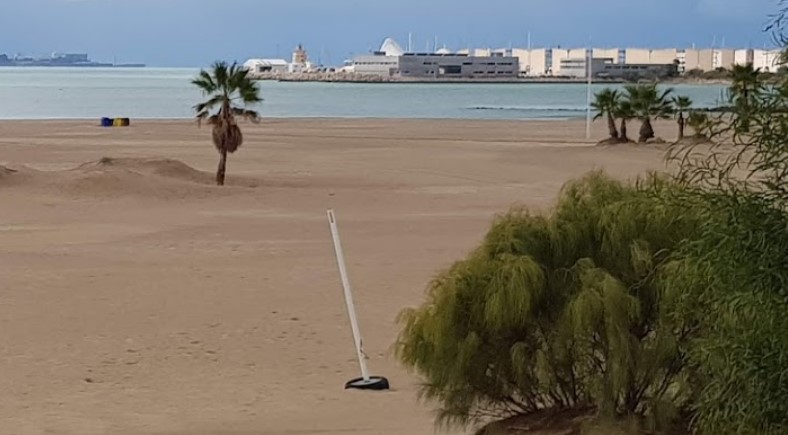 An octogenarian man who was bathing today, Tuesday 13, on the La Puntilla beach in El Puerto, Cadiz, and began to feel ill, was rescued this afternoon by two other bathers who thankfully spotted him as he was suffering a cardio-respiratory arrest, and about to drown in the water, and went to his assistance.

He was subsequently resuscitated by the Civil Protection who were present at the beach, who quickly administered CPR there on the beach, and once the old man had recovered his pulse and was breathing normally, he was transferred to the Hospital Santa Maria del Puerto, in a mobile ICU, while still in an unconscious state, where he will receive the necessary care and attention.

In a press release, the El Puerto town hall praised “the work carried out by the Local Police, the Rescue and Lifeguard Service, and Civil Protection”, as well as the “immediacy and help” of the two people who first took to the water to rescue the old man.

Marina Peris, the Deputy Mayor for Security of the City Council of El Puerto de Santa Maria, congratulated the Local Police officers for their intervention, highlighting that they already have their summer uniform and are regularly serving in the surveillance of the coastline each day, for the safety of all who attend the beaches this Summer.

She also thanked the Innovia Coptalia lifeguard team that had reacted together with the Civil Protection, highlighting how they perform an extraordinary job ensuring the safety of bathers, and to the workers of the Beach and Pine Forest Service, who were at that time of the incident were carrying out different maintenance tasks and collaborated in the rescue operation, as reported by lavozdigital.es.