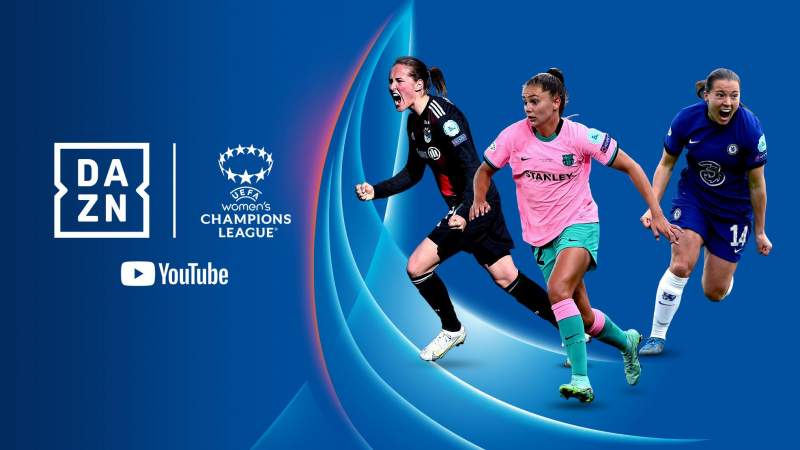 Global broadcast deal will make the Women’s Champions League free-to-air for fans worldwide for the first two seasons of the revamped competition.

The new UEFA Women’s Champions League will bring fans all over the world closer to the action than ever before with a first-ever four-year global broadcasting partnership with sports streaming platform DAZN, together with YouTube, that will bring an unprecedented level of exposure to women’s football.

Starting from the 2021/22 season, the new partnership will bring the best players in the world to a global audience, with every game throughout the campaign available to view live online. It follows UEFA’s decision to create a new format for the Women’s Champions League, featuring a 16-team group stage, with centralised media and sponsorship rights leading to a significant increase of revenues. This has built the foundation for the recently announced pioneering financial distribution model through which €24 million will be spread throughout women’s football across Europe, strengthening the future for the sport.

“Two years ago when we launched UEFA’s first ever women’s football strategy, ‘Time for Action’, we promised action that will lead to a greater, more professional and more prosperous game by 2024. Several initiatives have since followed and this summer is a giant leap in that direction,” said UEFA President Aleksander Ceferin.

“We are delighted to announce the start of a four-year global partnership with DAZN and YouTube. For the first two seasons fans around the world can access and watch for free all matches enabling fans to follow the competition and the very best players in the world. There is no better way to inspire future generations of young girls and boys to play football. Women’s football is here to stay and will only grow stronger,” he added.

All 61 matches available for free in the first two seasons.

The agreement is one of the largest broadcast deals in women’s club football history and signifies another game-changing move in UEFA’s and its partners global commitment to women’s sport, centred on the mission of growing the UEFA Women’s Champions League, turning more players and teams into household names, and inspiring the next generation of players, all of which starts with more people around the world watching the game.