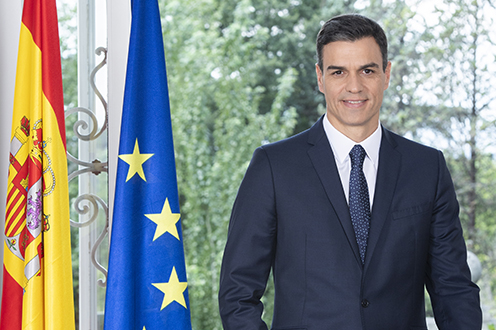 Pedro Sanchez is in Lanzarote.

Spain’s President, Pedro Sánchez, has promised that 50% of the population will be fully vaccinated by the end of next week.

The President of the Spanish Government, Pedro Sánchez, promised today, Saturday, July 17, that half of the population will have the complete schedule of the vaccine against covid-19 by the end of next week. The PM is also convinced that the forecast of reaching 70% immunisation by late summer is achievable.

Sánchez announced this during his speech while at a party with the mayor of Seville and socialist candidate for the Presidency of the Junta de Andalucía, Juan Espadas.

The president and guests were celebrating on Friday, July 16, that the “milestone” of administering 50 million euros had been fulfilled, stating that 23.7 million people have already received the complete vaccination schedule.

Referring to recent data provided by the Ministry of Health, Sánchez is convinced that next week one in two Spaniards will have the complete guideline and will be protected against the coronavirus. “And yes, we will reach 70% of the vaccinated population” before the end of the summer, he said.

The chief executive has said that these are “bad times” for the “defeatists and doomsayers of the right” who want Spain to resign. “Spain is not going to resign, we are going to move forward and Spain is going to look to its future with great hope,” he reaffirmed to the assembled guests.

Catalonia’s High Court of Justice authorised a request made by the Generalitat de Catalonia to impose a curfew on 161 municipalities with the highest rates of coronavirus, including Barcelona as Spain continues to be the highest infected country in Europe.