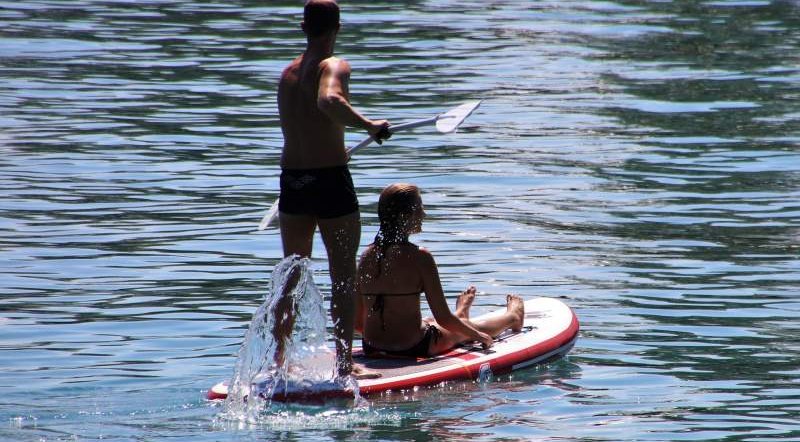 A man whose best friend died whilst paddleboarding starts a campaign to protect others from a “potentially dangerous” safety device.

A man whose best friend died in Cornwall whilst paddleboarding has started a campaign to warn others of a “potentially dangerous” safety device and to have the design changed.

Simon Flynn, a teacher from Gloucester, was paddleboarding with his partner when a strong current in the Camel Estuary began pulling him towards a moored boat, an inquest heard.

42-year-old Simon jumped into the sea, with the ankle leash still attached. According to a report from the BBC, he was unable to get free and the current pushed him under the water.

His partner, Chai, told the hearing of how Simon did a lot of water sports and was a good swimmer. However, after jumping in, she witnessed “that all of his body was under the boat” with only his head above water.

Simon’s head went under the water for the third time and he did not re-emerge, he was recovered from the water several minutes later where attempts were made to resuscitate him.

It was Charlie Palmer who dived in and undid Simon’s safety leash, pulling Simon to the surface.

Following a post-mortem, it was concluded that he suffered a minor head injury and had died from drowning.

Andrew Cox, the acting senior officer, said that there was an “issue for manufacturers” but that the death was accidental. He also praised Mr Palmer’s actions, describing them as “selfless”.

Simon’s best friend, Sam Foyle, who is also an experienced paddleboarder and had borrowed the board to Simon, is launching a campaign for a change in the rules.

Sam was at the scene of the incident and said that Simon was not able to release the ankle strap or get himself out of the water. Sam believes the safety device should be around the waist, rather than around the ankle, where it can be difficult to reach.

Sam told The Times: “I thought the ankle leash on my best mate was safety… what I didn’t realise was that attaching to it was your death, that it could kill you.”

He is urging manufacturers to provide a quick-release belt as an alternative to the ankle strap.

With the rise in people going paddleboarding, especially in the hot weather, there has been a 150 per cent increase in their sales on eBay over the last 30 days. Many paddle boarders are inexperienced.

Simon Bassett, chairman of the British Stand Up Paddle Association says it is not the leashes that are the problem, but that those who use boards need training.

Paul Hyman, the founder of paddleboarding company Active360, is assisting Sam in his campaign, according to Wales Online.

He told The Times: “We are trying to get the manufacturers to stop selling an ankle leash with the board.”