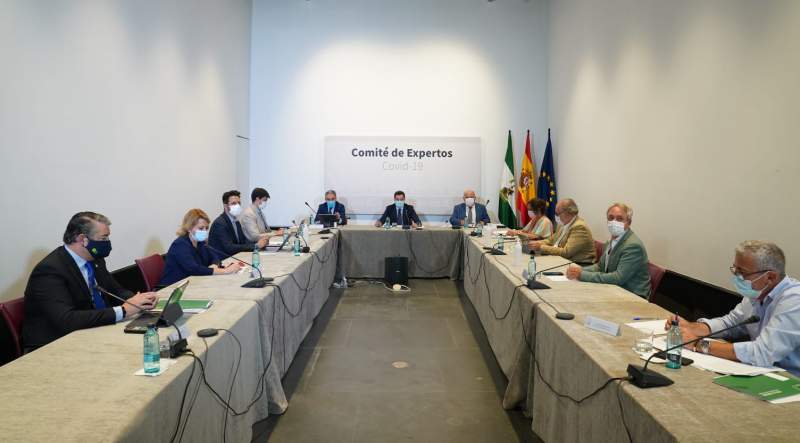 EVERYONE knew something had to be done but there’s curfew confusion as Junta de Andalucia looks to introduce new restrictions from July 22.
Sadly however, it is not really easy to understand and the decision may only affect a small number of communities initially but this could change rapidly.
The Regional Committee of High Impact on Public Health (committee of Experts), decided to propose the limitation of mobility at night between 2am and 7am in those municipalities with more than 5,000 inhabitants that present a 14-day cumulative incidence of more than 1,000 cases per 100,000 inhabitants.
As far as the Costa del Sol is concerned therefore, only Marbella is immediately affected with this new curfew but it doesn’t stop anyone travelling in or out of the city during the other 19 hours of the day although in theory it might stop youngsters from partying in public into the very early hours.
Having said that however, because there is no state of alarm in place, the Junta cannot just impose a curfew but for each affected municipality but has to wait for it to proposed by the territorial health alert committee for each province before the proposed curfew is submitted to the Superior Court of Andalucia for approval.
The majority of other Costa del Sol towns are heading towards the ‘magic’ 1,000 barrier and already mayors in tourist hot spots are suggesting that it is unfair to equate cases of infection with the number of residents as so many tourists already here, distort the figures.
This is also important as far as the hospitality industry is concerned as there are different restrictions proposed in capacity depending upon what level each municipality is considered to be on.
Currently the majority of municipalities in the Costa del Sol are considered to be on Level 2 of infection which means that effectively there could be restrictions upon the number of people who can sit together inside a bar or restaurant as well as outside but despite warning that this could happen, the committee didn’t specify when or what and we will all have to wait until the official bulletin in the Junta de Andalucia Gazette is published.
What has been confirmed is that in the case of nightlife establishments, an entry record will be requested to control the traceability of possible infections. In these establishments, the capacity will be 75 per cent maximum indoors on level 1 and 50 per cent on level 2.
Bar service will not be allowed indoors and tables will be occupied by a maximum of four people. Outdoors, only bar service will be allowed on levels 1, 2 and 3, with consumption having to be restricted to tables.
The Junta has recommended that beaches be closed between 11pm and 7am as well as parks across the region in order to make it more difficult for young people to get together for bottle parties.
As things progress, the restrictions may become stronger with additional reductions in capacity at meetings although currently there is a simple recommendation not to hold meetings or private parties which contain more than 10 people.
In the meantime, it is recommended that people continue to wear masks whenever in public places and the entire matter will be reviewed in two weeks’ time or before that should the infection situation deteriorate.
Thanks for visiting ‘Curfew confusion as Junta de Andalucia looks to introduce new restrictions’ and remember that every article on Euro Weekly News is free to read.