Community Shield at Wembley on August 7 will allow 90,000 fans 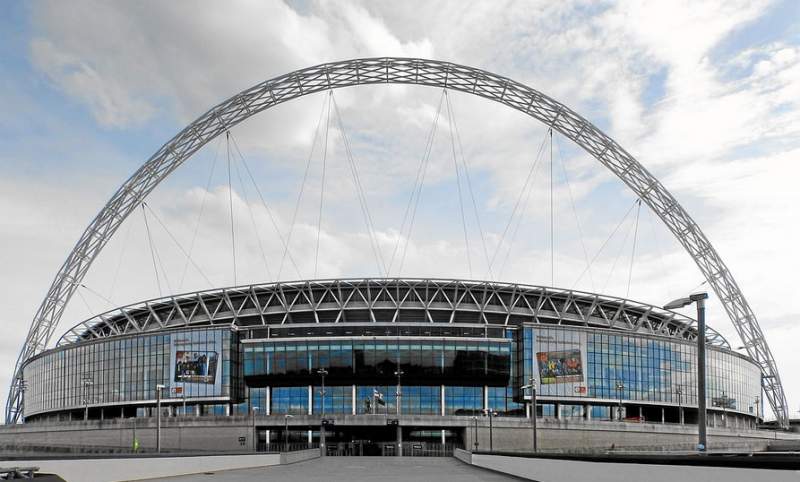 COMMUNITY SHIELD between Leicester City and Manchester City on August 7 at Wembley Stadium is to be allowed a 100 per cent capacity of 90,000 fans

The curtain-raiser to the 2021-22 football season, the Community Shield, which this year features Premier League champions Manchester City against FA Cup winners, Leicester City, was expected to be allowed to have a capacity of 75,000 fans inside Wembley, but, after an agreement between the Football Association and the Department for Digital, Culture, Media, and Sport, it has been decided to allow a full capacity stadium on August 7.

This new ruling means that 90,000 football fans will be allowed inside Wembley Stadium, which is an increase on the 60,000 that was allowed in for the semi-finals and final of the Euro 2020 tournament earlier this July, according to The Sun.

Last Monday 19 saw the government lift the coronavirus restrictions in Britain, and already sporting events are selling fast, with the opening men’s match in The Hundred at The Oval yesterday, Thursday, July 22, completely selling out.

This opening fixture always heralds the start of a new football season in England, and both teams will be hoping to lift the Community Shield as their first piece of silverware for the new season, but there are bound to be questions asked about the security procedures following the problems that occurred before England’s Euro 2020 final with Italy on July 11 which saw around 2,500 ticketless hooligans push their way into the concourse of the stadium, overrunning the stewards who were on duty at the time.

Manchester City are rumoured to have sealed the signature of Harry Kane, who if it is true, could well be back at Wembley in action once again sooner than he expected.