Junta approves new schools to be built in Mijas and Marbella 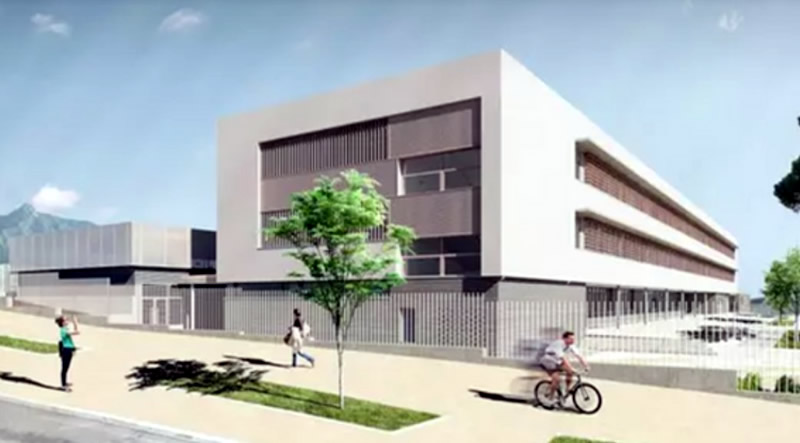 The tenders have been made public, by the Regional Ministry of Education and Sports, through the Andalusian Public Agency of Education, for the construction of two new
Secondary Education Institutes (IES) in the province of Malaga, which will be located in Las Chapas de Marbella, and in the area of Las Lagunas de Mijas, with a total budget of €12,190,226.8 million available.
This budget will reportedly be broken down to allow €6,659,196.91 for the facility in Marbella, with a completion period of 18 months, and €5,531,029.85 for Mijas, with the same completion period.
Constructing a new IES in the Marbella area will satisfy the demand for schooling, and will eventually make it possible to remove five prefabricated modules that are currently in use, with the facility being of a D4+B2.2 typology, to be a centre with four lines of compulsory secondary, and two of baccalaureate, offering a total of 620 school places (480 secondary, and 140 of baccalaureate), and will be built on an 11,761m² plot near to the Costa del Sol Hospital, with a total built area of 5,391m².
In Marbella, the facility will have, in the secondary area, 16 multi-purpose classrooms, two classrooms for double-tracking, two classrooms for pedagogical support and reinforcement, two music classrooms, two workshop classrooms, and two classrooms for plastic and audiovisual education, plus there will also be a specific special education classroom with an adjacent toilet adapted for students with special needs, equipped with a shower and space for a stretcher.
For high school education, there will be four multipurpose classrooms, a double classroom, and a classroom for pedagogical support and reinforcement, three laboratories, a drawing classroom, a technology classroom, and a practice classroom, while the teaching area of the centre will also have a library, ten departments, a gymnasium and changing rooms.
The new IES in Las Lagunas de Mijas will have six lines of compulsory secondary education (D6), which will create a total of 720 new school places, to absorb the existing demand in the area, with the building to be erected on a 7,358m² plot located next to the Indira Gandhi public kindergarten and primary school.
It will consist of 24 multi-purpose secondary classrooms, a library, a gymnasium with changing rooms, two music classrooms, two art classrooms, and two workshop classrooms, two laboratories, ten departments, and six classrooms for double-teaching and pedagogical reinforcement. There will also be a classroom for special education, with its corresponding specially adapted toilet.
Outside the centre there will be two sports courts, a playground, a school garden, covered porches, and landscaped areas, as well as a parking area for teachers’ vehicles. In total, the centre will have a built-up area of 6,038m², as reported by malagahoy.es.