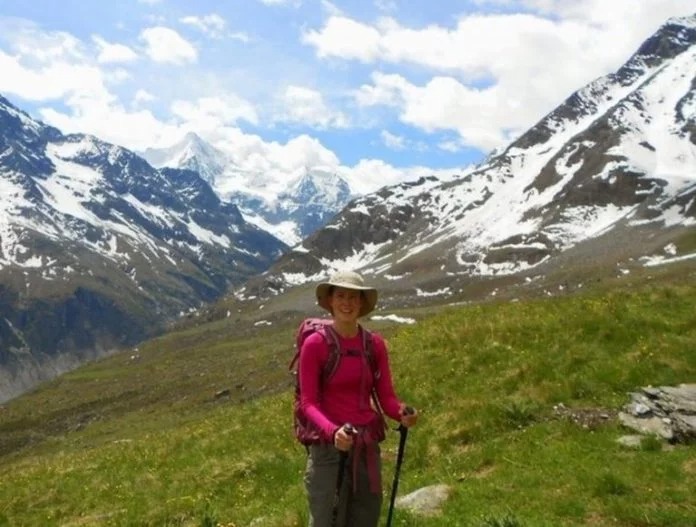 Mother of Brit Hiker Esther Dingley to give DNA sample to help identify human skull found on a path in the Pyrenees.

On Thursday, July 22, according to reports, a human skull was discovered in the area where the missing Brit hiker Esther Dingley had disappeared. Before this both Spanish and French authorities had only confirmed that bones had been discovered.

Esther’s mother, Ria Bryant, aged 74 now plans to provide the authorities with DNA samples according to The Sunday Times. It is hoped that the DNA will help to identify the owner of the skull.

The skull comes under French authority as it was discovered on French territory. French authorities have also requested a copy of Esther’s dental records along with a scan of her teeth.

Speaking to the newspaper Ria explained that no other traces had been discovered so far. ‘It’s upsetting that it’s not clear and definitive’, said Ria.

In the document Dan said: ‘An individual that Esther met on November 19 came forward to say he had specifically suggested this route through France, between Port de Venasque and Port de la Glere, to Esther when he met her.

‘There is no reason to think that Esther did not stick to this plan.’

He added: ‘Her onward route would have involved a descent northwards towards the Hospice de France, a flat traverse westwards around the Imperatrice Way, and a climb southwards to the border at Port de la Glere.

‘From the border the route descends back towards Hospital de Benasque.

‘This route would have been well within Esther’s capabilities for a day hike, in addition to the fact she had a tent, camping equipment and significant experience using it.

‘Distance was 16km with 1100 metres of ascent, five to seven hours of hiking time.’