Smallest town in Spain not able to register more inhabitants 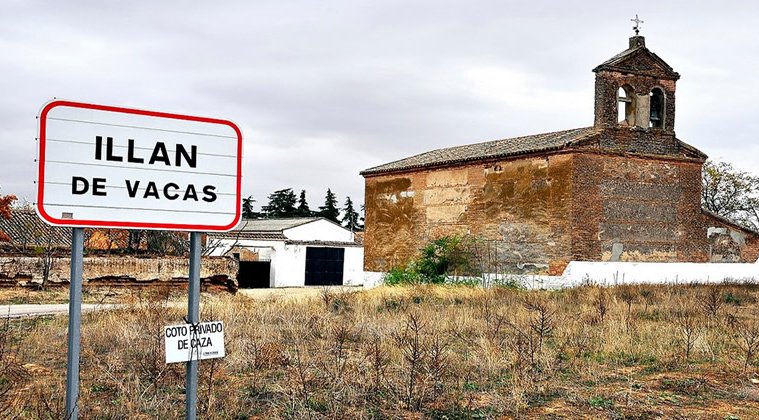 Illan de Vacas is a small municipality in the province of Toledo, in Castile–La Mancha on the outskirts of Madrid, and is officially the smallest town in Spain, with only four inhabitants, and its mayor, Javier Bollain, has the predicament of not being able to carry out one of the simplest basic municipal procedures, which is to register any new inhabitants.

This situation has come about as a result of the last municipal elections, which took place two years ago, after which the Town Hall has not been constituted, meaning they are unable to present their public accounts.

In an effort to resolve this problem, mayor Bollain has written to Jose Miguel Camacho, the Deputy Minister of Local Administration of the Junta de Castilla-La Mancha, asking for his help, and a possible solution to his problem, which he says “has lasted for years, and which consists of the impossibility of registering people in the census, because we have applications from people who want to join the municipality but bureaucratic obstacles prevent us from doing so”.

Emphasising, “As we do not have a secretary and we do not have the economic capacity to cover it, we are being left empty due to the lack of support and opportunities”.

At the height of its popularity, back in 1857, Illan de Vacas had 248 residents, but then, in the first half of the twentieth century the population was reduced to a hundred, until it reached the current number of only four inhabitants, with three of them already registered.

“The town has a future”, explains its mayor, “Illan de Vacas is not going to less but to more, because there are photovoltaic projects, housing construction, and hydrogen manufacturing, and it would be a shame that the smallest municipality in Spain, which we should all take care of, ends up disappearing”,  as reported by diariosur.es.