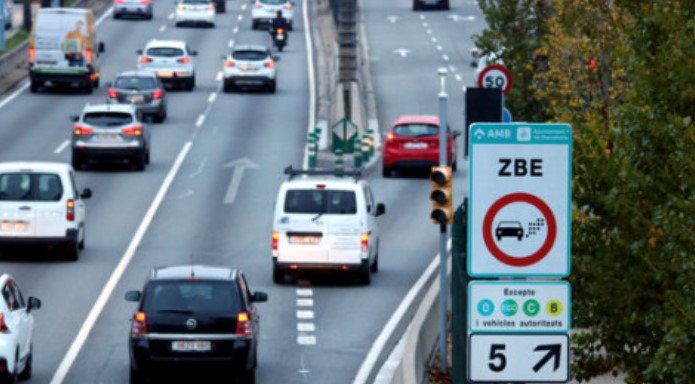 The General Directorate of Traffic (DGT) has published an instruction on Low Emission Zones, and other regulations relating to the access of vehicles to urban zones, better known by the English acronym UVAR, in which the new vertical ZBE sign has been created, with the DGT asking each local entity to inform them of their particular Low Emission Zones, along with any other local regulations that they apply to vehicles in their municipality.

Upon gathering this information from every municipality, the DGT will then load it all into its DGT 3.0 platform, so that they can disseminate that information free of charge to all drivers via this real-time platform.

This action is being taken to facilitate the application of the Climate Change law that is being promoted by the Ministry for the Ecological Transition and the Demographic Challenge, which came into force on May 22, whose norm establishes that municipalities with more than 50,000 inhabitants – as well as those with more than 20,000 with non-compliance in terms of air quality – and island territories, must establish low-emission zones before 2023.

They are already working on some guidelines for the establishment of LEZ’s that will facilitate their development within the framework of the provisions of the Law, as LEZs will contribute both to the improvement of air quality and to the health of citizens, as well as combating climate change and noise pollution, representing a stimulus for the energy efficiency of transport, thus promoting its electrification.

This instruction is also aligned with what is requested by the European Union, which urges governments to publish common definitions and information protocols on the characteristics of the LEZs, and the rest of the city access regulations, with the objective being for residents, transport operators, delivery people, and visitors to urban areas, to know in advance all the local current restrictions, and to be able to adequately manage their mobility.

Madrid and the Barcelona Metropolitan Area have already begun to establish these low-emission zones, and other cities will be following suit, after requests made by transport operators and local authorities to have a common signage for all Spanish cities, resulting in the DGT creating this new vertical sign, which is easy to identify, and that allows citizens to know when they are approaching or entering an LEZ, as well as the particular traffic restrictions that affect them.

These signs inform of the prohibited entry to a motor vehicle, except for those vehicles that have the environmental mark indicated by the local entity at the bottom of each sign, as reported by h50.es.