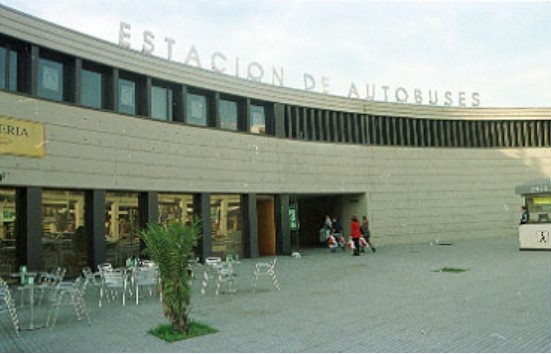 RESIDENTS of Huelva province are being asked to vote online to give a name to Huelva Bus Station, with each voter receiving a Transportation Card worth €200

The Consorcio de Transporte Metropolitano Costa de Huelva, has opened an online voting process on the internet, which asks residents to offer their choice of a name for the Huelva Bus Station, being given a choice of names already drawn up by a commission made up of representatives of the Consortium itself, and from Huelva Town Hall.

On the website www.unnombreparatuestacion.com, starting from tomorrow, Wednesday, July 28, and running until September 5, the public can log in and choose to vote from a variety of names, including, Puerta Atlantico, Huelva Origen, Zenobia Camprubi, or Tres de Agosto, and each participant who enters a vote will receive a Transportation Card from the Consortium, worth €200.

Jose Manuel Correa, the Junta de Andalucia’s regional representative for Development, said that, “after more than a quarter of a century since the station opened, a comprehensive reform was more than necessary to adapt these facilities to the new times, not only for its modernisation, but also to bring it closer and more integrated with the city of Huelva, and giving it a choice of a name with which citizens can identify it, is essential”, adding, “each year about four million passengers use this terminal and it is a gateway for tourism in the province”.

Berta Centeno, the managing director of the Consortium, explained that the fundamental objective of this measure is “to make the station even more their own in Huelva, as another hallmark of the city”, stressing that, “the name of a station says a lot to those who visit it, and even more so as a fundamental node for tourism, so we have understood that its name must appeal to the singularities of our land, to its enclave or personalities of reference, for all Huelva residents and with whom they identify, in short, clear references from Huelva”.

This initiative is a part of the bus station’s comprehensive reform that is planned for next year, which is endowed with an investment of €750,000, and includes improving accessibility, intermodality and energy savings, to ensure that all services are connected with accessible and safe pedestrian routes, the renewal of the ticketing system and signage, the adaptation of furniture and toilets, and the renewal of the pavements, among others, as reported by huelvainformacion.es.