Why beer mats do not fly in a straight line, and how to throw them better 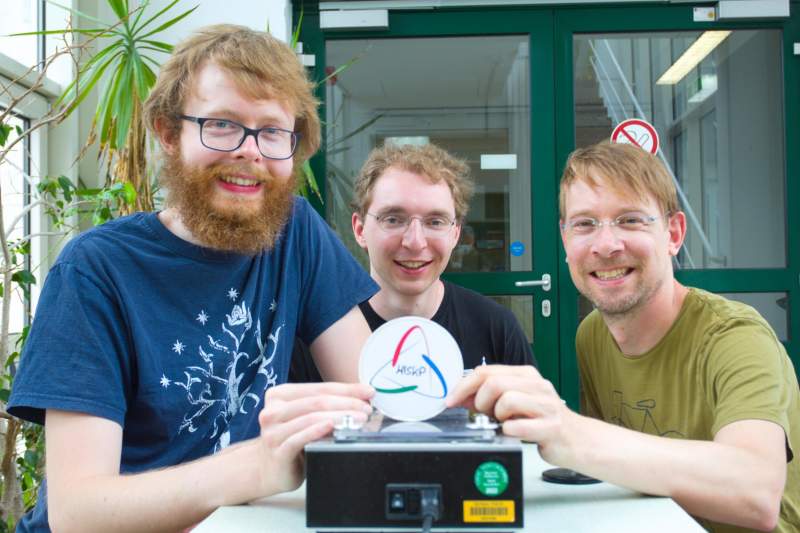 Anyone who has ever failed to throw a beer mat into a hat should take note, physicists have discovered why this task is so difficult. However, their study also suggests how to significantly increase accuracy and range.

Beer mats protect tables from unsightly condensation rings. However, they are sometimes also misused as projectiles. Usually with little success: after just a short time, the cardboard coaster leaves its path, spins off to the side, and falls to the ground. But why is that so?

Physicists at the Helmholtz Institute of Radiation and Nuclear Physics and the Argelander Institute for Astronomy at the University of Bonn have now investigated this question. According to them, the behavior of the beer mat is inevitable, at least when employing the usual throwing technique, it unavoidably begins to drift off after 0.45 seconds at most. Playing cards go awry after just 0.24 seconds, CDs after 0.8 seconds.

The reason for this is the interaction between gravity, lift, and the conservation of angular momentum: the mat tips backwards shortly after being thrown due to gravity. This gives it an angle of attack, similar to a landing aircraft. This angle creates lift in the airflow. “However, the lifting force is not applied in the centre of the mat, but rather in the front third,” explains PhD student Johann Ostmeyer, who came up with the idea for the study.

This would normally soon make the round cardboard flip over. And it actually does — but only if it is thrown in a rather unconventional manner. “A beer mat is usually rotated when thrown, similar to a frisbee,” says Ostmeyer’s colleague Christoph Schurmann from the Argelander Institute for Astronomy at the University of Bonn. “This turns it into a kind of spinning top.” This rotation stabilizes the flight and prevents flipping over. Instead, the lifting force causes the mat to drift off to the side – to the right, if it is rotated counter clockwise; otherwise to the left.

At the same time, it straightens up — so it is no longer parallel with the ground but instead stands upright in the air like a rotating wheel. In this position, the mat has a backspin – if it were to actually stand up like a wheel on the ground, it would thus travel back to its starting point. While in flight, it quickly loses height and falls to the ground. This process is characteristic of all flat, round objects.

The idea of the study arose during an excursion by the physics show team from the University of Bonn to Munich. The event regularly captivates several hundred visitors with its fascinating physical experiments. While the participants were visiting a bar together, they wondered why flying beer mats behave the way that they do.

On their return, the physicists tackled this question systematically, They specially designed a beer mat throwing machine and recorded the flights with a high-speed camera. This allowed them to verify whether their theoretical predictions corresponded to their practical observations.

“There is no application for the project,” explains Prof. Dr. Carsten Urbach from the Helmholtz Institute of Radiation and Nuclear Physics, an institute of the Department of Physics and Astronomy at the University of Bonn. “However, the problem is clear for laypeople and physicists alike. And it wonderfully illustrates the entire process by which the natural sciences acquire knowledge – from the observation to the theory and its experimental testing, right through to its adjustment and further development.”

Playing cards travel distances of up to 60 meters

Incidentally, beer mats travel most stably, and thus the furthest, if they rotate very quickly – a trick that has also been mastered by the world’s best playing card thrower Rick Smith Jr., whose record throwing distance is over 60 meters. However, quickly rotating beer mats do not travel straight for more than 0.45 seconds. “Those who want to throw really far and precisely should place the mat in a vertical position and apply backward rotation,” explains Ostmeyer, and then, in the same breath, warns about possible injuries.

It is not without reason that there is a precautionary apology at the end of the publication, “Our sincere apologies to everyone hit by a beer mat, be it through inaccurate aim or due to us instigating others to perform silly experiments.”