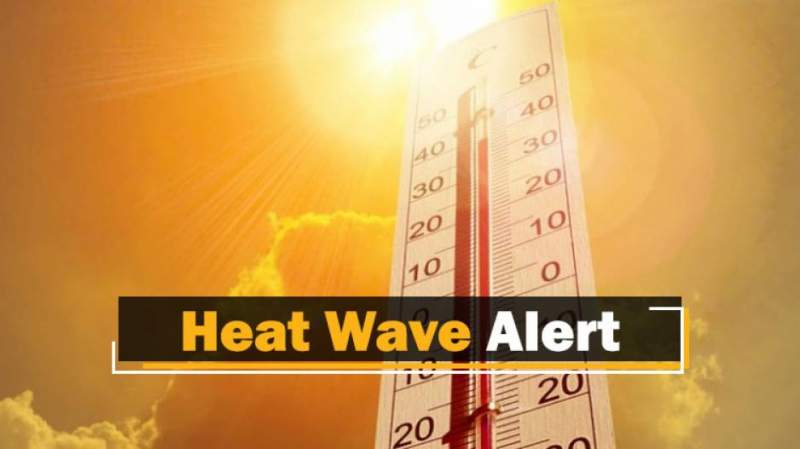 Yellow Alert issued as Intense Heat returns to Andalucia.
The weather in the Andalucian capital province of Sevilla continues to heat up and shows no signs of abating.
Today, Wednesday July 28, the maximums rise again, so much that the State Meteorological Agency (Aemet) has activated the yellow warning for very high temperatures in the countryside.
This thermal increase forced the activation of the yellow alert from 14.00 to 21.00 in the Sevillian countryside-  Sierra Norte and points of the Sierra Sur are spared from the warning however.
Aemet explained the situation, saying that the southwest wind is heating up the atmosphere on the Atlantic coast of Andalucia and is causing temperatures to rise in the inland valleys, including the Guadalquivir.
The Aemet forecast for Sevilla today is warmer. The maximums rise one degree compared to Tuesday and reach temperatures of a sweltering 38ºC with the minimum expected to be around 21ºC.
The skies will remain clear and the changes are brought on the by the warm winds: the south-southwesterly breeze being responsible for bringing the thermal rise.
However, during the night, it will turn to the west, which will alleviate the temperatures on Thursday. This heat episode will be very brief: at the weekend, drops of up to six and seven degrees are expected.
STAY CALM – KEEP COOL: Measures to protect against the heat
In this situation, the Emergency 112 service reminds citizens that in the face of high temperatures should follow some simple guidelines for self-protection that can significantly reduce the risks associated with heat and advise:
Drink water frequently – even if there is no feeling of thirst and avoid alcohol. It is best to opt for fresh and light meals that can help us combat the effects of heat, such as vegetables, fresh fruit, salads and legumes.
At home, it is advisable to ventilate the building first thing in the morning and last thing in the afternoon; when the sun rises, close the blinds tightly, and whenever possible, cool the room with a fan or air conditioning. If you do not have any electrical appliances capable of doing this, try to stay in the coolest room of the house.
The 112 also reminds the public that special attention should be paid to the population most vulnerable to heat, such as the elderly, infants and chronically ill, who should be kept well hydrated and in the coolest places. And always, in any emergency situation, dial 112 and ask for help.