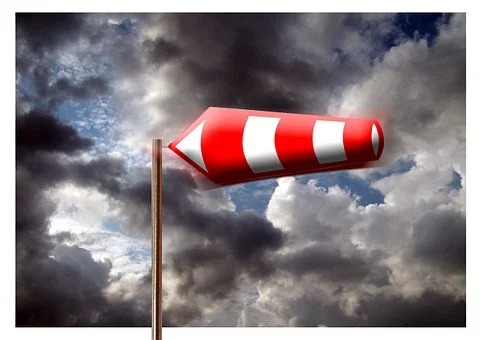 A ‘Danger to life’ Amber warning has been issued by the Met office as 75mph Storm Evert is set to hit Britain today, Thursday, July 29.

The Met office have issued warnings that Storm Evert is expected to bring extreme winds to the south-west of England. They have also warned that areas could face power cuts and that disruption could occur as bridges and roads may need to be closed. They warned of the likelihood of injuries too.

The weather warning will run tonight from 9 PM until Friday 7 AM. The Met office warning should be taken seriously as it means that you should be prepared to protect yourself and your family, and also change plans if needed as extreme weather is predicted.

“It will be an unseasonably blustery and wet night with gales to severe coastal gales.

“Storm Evert will bring a swathe of very strong winds with coastal gales and severe gales into the Isles of Scilly later Thursday evening, these very strong winds then spreading into Cornwall during the early hours of Friday.

“Gusts of 55 to 65 mph are likely in coastal areas with a chance of gusts briefly reaching 75 mph in the most exposed coastal spots in Cornwall.”

In other UK weather news, extreme weather will be the norm and the UK is not prepared, warn scientists.

The UK and the rest of the world is witnessing climate change, and the UK is set to see ever more frequent extreme weather according to scientists. Last year’s data showed that the UK saw one of its warmest, sunniest and also wettest years on record.

According to a report by climate change experts and the Met office, moderate weather in the UK is something that will be seen less and less frequently. 2020 made it into the top 10 figures for hours of sunshine, the amount of rain and even heat too. This is no mean feat when the records stretch back over a century.