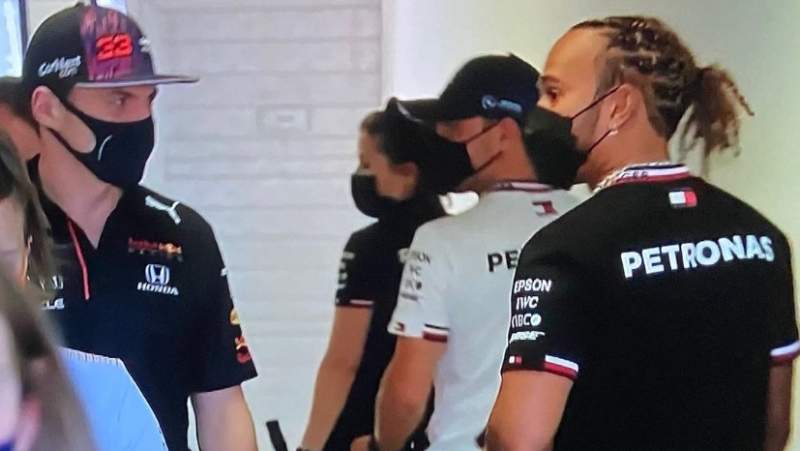 MAX VERSTAPPEN berates Lewis Hamilton over the incident in the British GP at Silverstone, ahead of Sunday’s Hungarian GP

Red Bull drive Max Verstappen has still not forgiven seven-time world champion, Lewis Hamilton, for the 180 mph first-lap crash that ended his British Grand Prix at Silverstone, as the F1 calendar moves to the 4.381km (2.1 miles) Hungaroring in Budapest this Sunday, August 1.

Hamilton is looking for his 100th win in Formula One, already the most successful driver of all time, but the incident at Silverstone has brought a lot of attention to the battle between him and the young Dutch title-challenger, who currently leads the driver’s championship by eight points, with many recalling a similar rivalry in the late 1980s between the two Ferrari drivers, Alain Prost, and the late Ayrton Senna.

Speaking about the Silverstone incident, the 23-year-old Verstappen said, “I didn’t do anything wrong. I fought hard, I defended hard, but not aggressively because if it had been aggressive I would have squeezed him into the inside wall. You can say I am an aggressive driver, but I don’t think I am. I am a hard driver. I race hard but I know how to position my car. I have not been involved in an accident by running into people, I have zero penalty points and that says quite a bit”.

When asked about Hamilton’s celebration of his Silverstone win, while he lay in a hospital bed, Verstappen berates the Englishman, “They celebrated it like it was a world championship win. If it had been the other way around, I definitely would have deserved a kicking and my dad would tell me that”.

Lewis Hamilton, not wishing to be drawn on his current relationship with the Dutch Red Bull driver, said he thought people would want to watch Sunday’s race just to see what happens between the two of them, saying, “I remember when I first started watching the Senna versus Prost period, at the time it was just exciting. I had no idea whether the rivalry was good or bad for the sport”.

Adding, “Today, I think, just like growing up, wheel-to-wheel racing was always the best, from karting. The most exciting part of motorsport is when you see close racing. We’re now seeing two teams incredibly close on performance and – I don’t like to compare it to past champions because it is a new era and period of time – but if there are more people watching then that tells you all you need to know”.

During the pre-race press conference, Verstappen said, “As for the relationship? We are racers so we keep going. I am not happy with what happened but we keep on pushing, keep fighting for the championship. We will race in the right manner going forward, at least from my side”, as reported by thesun.co.uk.