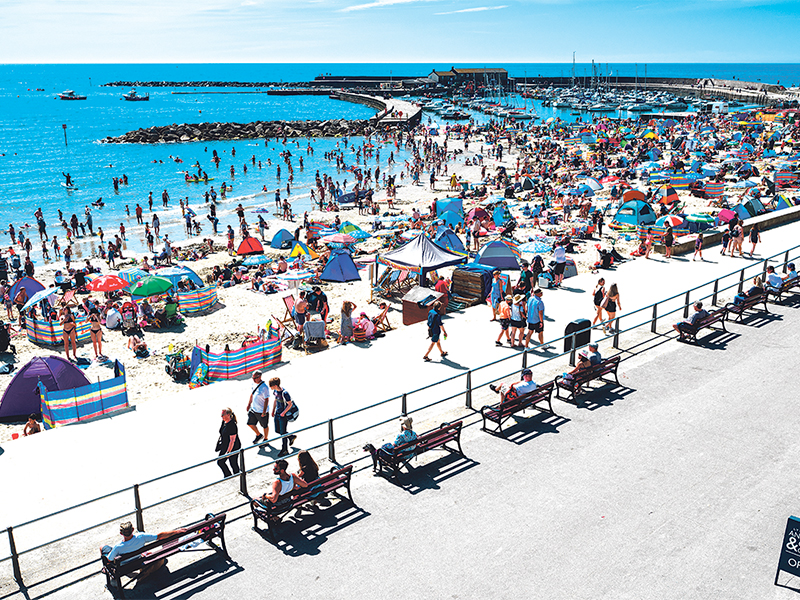 JUST how long are we going to allow this positive glut of reversed racism to continue before we stand up and say enough is enough? It’s time to investigate practices.

Day in and day out the white indigenous population are bombarded with racist propaganda and accusations of prejudice.

Frankly I have no idea what the ultimate goals of the woke and PC brigades actually are (any ideas?), but I do know that unless we address the problem there will be unprecedented numbers of citizens, who, in their utter despair of the authorities’ failure to correct this completely unjustified situation, could well decide to look to the far right for their governmental representations!

Those who condone these totally biased practices are undoubtedly the biggest racists of all. The BBC is actually getting worse. Last week their national news featured holidaymakers enjoying the recent heatwave at a typically British seaside resort. The beach was naturally packed with predominantly white families making the most of a welcome summer break. BBC reporters then interviewed some of these holidaymakers for the programme.

The first they engaged were a black family with a large number of young children. After quite a lengthy chat they moved to the next interview which turned out to be a somewhat amorous black female couple. They then featured a mixed race family and culminated the piece by talking to a young black gentleman licking on a cornet.

One thing you can most definitely take to the bank was that these interviews were intentional and in no way coincidental. In the first place, finding this particular selection of people on a beach packed with white British holidaymakers was a feat in itself. These reporters, with their teams of camera people and assistants, don’t just wander about indiscriminately dropping on people at random. They have staff that go out in advance and line up those who are prepared to be on the programme.

Their superiors had obviously given them instruction to go and find a specific type of holidaymaker to interview, ie non.white, gay and mixed race! This is blatant discrimination; pure and simple.

Priti Patel is also a glaring case in point. In a recent photograph (since taken down!), she was shown posing with her whole department of government staff. All save one were of ethnic origin. They have obviously been chosen specifically for their cultural backgrounds – and this is the Home Secretary! We now have so many TV ads cast with black actors it’s actually quite difficult to pick out even one featuring an all-white cast.

This is so utterly disproportionate to the general population; it also has to be completely intentional. They even featured a black rap (Rap!?) artist in the introduction to their Wimbledon programmes this year. Why is it only the white population that can be racist? It’s time to investigate these totally bewildering, inflammatory practices.

They are not encouraging diversity; they are promoting bias and discrimination to unprecedented levels and must be curtailed, before it all spirals out of control.