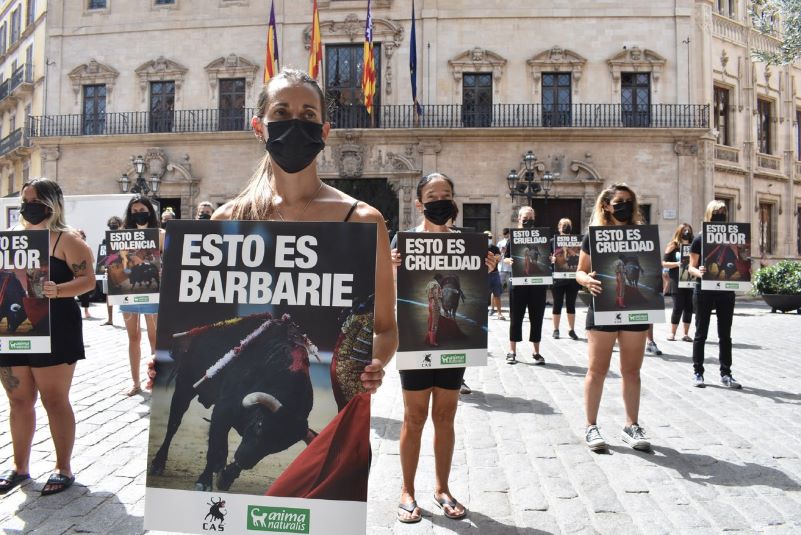 Catch up with the latest information and news in brief from around the island of Mallorca compiled by Euro Weekly News.
Bullfighting returns
THIS Friday, July 30, the first bullfight in more than a year will take place in Inca and although animal rights group AnimaNaturalis held a protest outside the bullring on July 24, it appears that there is a demand with ticket sales reportedly ticking over steadily.
Documentary
BAYERN MUNICH’S Polish International star Robert Lewandowski who reportedly now owns a property near Calvia is currently in Mallorca to add footage to a documentary about his life being produced by Amazon’s Polish arm with the expectation that it be released in 2022.
Graffiti
POINTLESS graffiti is becoming a problem all over the world, but the latest which has struck the historic Son Cladera Mill in Sa Pobla is going to be reported to the Guardia Civil by the local council and it is hoped that the ‘artist’ will be identified.
PP demand
ALTHOUGH the current president of the Balearic Council Francina Armengol appears unlikely to take any notice of their demands, politicians in the local Partido Popular are calling for her to resign and hold a new election rather than hide away from criticism.
Bottle parties
ALL National and Local Police on Mallorca have been told that they must continue to be highly vigilant to stop young people congregating and drinking in public places especially at weekends and where necessary to close down areas and use drones for observation.
Walk postponed
THE annual walk from Palma’s Plaça Güell to Lluc Monastery which goes through the night and was due to take place this year on August 7 has been postponed due to the restrictions concerning social gatherings between non-residents from 1am to 6am. The matter will be reviewed again on August 13.
Brighter lights
WITH assistance from European Union external funding, it has been agreed that a total of just under €2.25 million is to be spent on improving and replacing lighting outside of Palma Cathedral and the Royal Palace of La Almudaina. As well as 505 LED spotlights, a number of new lampposts will be installed.
Tourism support
ALTHOUGH there are a number of safeguards in place in order to ensure that it is properly utilised, the Balearic Government is to receive a total of €233 million from a combination of the European Union Recovery Plan and a special EU grant in order to regenerate tourism.
More rides
AFTER allowing taxis in Palma to extend their working hours in anticipation of increased business, all 2,500 taxis across Mallorca are now able to work longer and are finding that many tourists are taking taxis rather than buses for perceived health reasons.
Thank you for reading ‘Latest information and news in brief from around the island of Mallorca’ and remember that all articles produced by Euro Weekly News may be accessed free of charge.