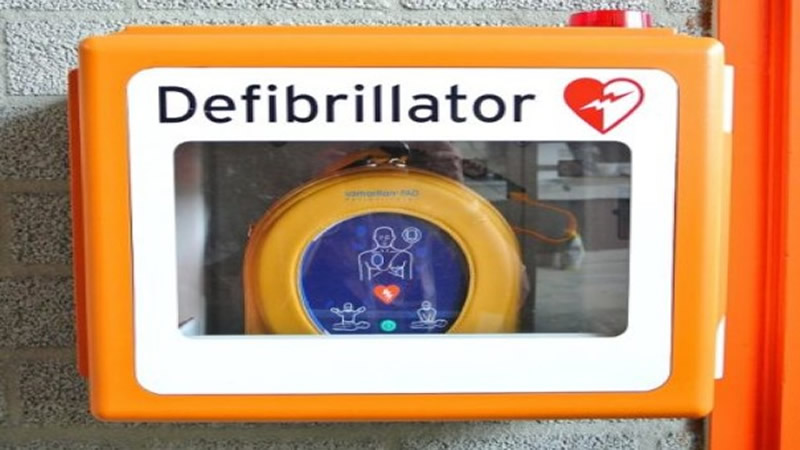 AROUND sixty Malaga pharmacies will install defibrillators after an agreement was reached with the Spain Health Foundation, to turn them into cardioprotected spaces

Thanks to an agreement that was signed on Thursday, August 5, between the Malaga College of Pharmacists and the Spain Health Foundation at the Malaga City Council, up to 60 pharmacies in Malaga city will install defibrillators to turn them into cardioprotected spaces, reinforcing their role as the health care points closest to the public.

These defibrillators will be fitted in pharmacies throughout the city in a way that will allow for the expansion the geographical coverage of the availability of these devices, with the aim of trying to guarantee rapid assistance in the event of a cardiovascular accident of a member of the public, as part of a project called, ‘Cardioprotected Pharmacies of Malaga’.

Francisco Florido, the president of the Malaga College of Pharmacists, after signing the agreement, said, “Saving lives is a priority for pharmacists, it is our reason for wanting to care for, and improve, people’s lives, so converting Malaga pharmacies into cardioprotected spaces is a very significant step for the profession, and for the entire community as a society”, pointing out that in Barcelona, a similar initiative has saved the lives of 49 people.

Ivan Bayo, the representative of the Fundacion España Salud, warned that a total of 121,011 people died in Spain in 2019 as a result of some cardiovascular disease, “These are very high figures, that with prevention and adequate means we can help reduce, and without a doubt, this initiative will help to do so”.

The mayor of Malaga, Francisco de la Torre, added, “The ‘Malaga Cardiosaludable’ project already has more than 500 defibrillators in public and private spaces of the capital that citizens can geolocate through any electronic device on the platform www.defibriladores.malaga.eu“.

In an emergency, the latest technology defibrillators will work automatically, and can even detect when it should work, and when it is not necessary, thus, the defibrillator performs an immediate medical examination of the person’s state of health, and if it detects cardiac arrest, it starts up.

Those responsible for around sixty pharmacies, and their staff, will receive specific training at the collegiate headquarters, to have greater knowledge when responding to cardiac arrest, in addition to knowing how to operate the defibrillator, and they will have the appropriate action guidelines to protect a person’s life against heart failure.

Cardiac arrest is reportedly the pathology with the highest incidence among the Spanish population, with around 300,000 deaths annually, equivalent to one death every 15 minutes – a figure that is 18 times higher than deaths from traffic accidents – and Andalucia is the autonomous community with the highest cardiovascular mortality rate in Spain, reaching 300.6 deaths per 100,000 inhabitants, as reported by malaghoy.es.