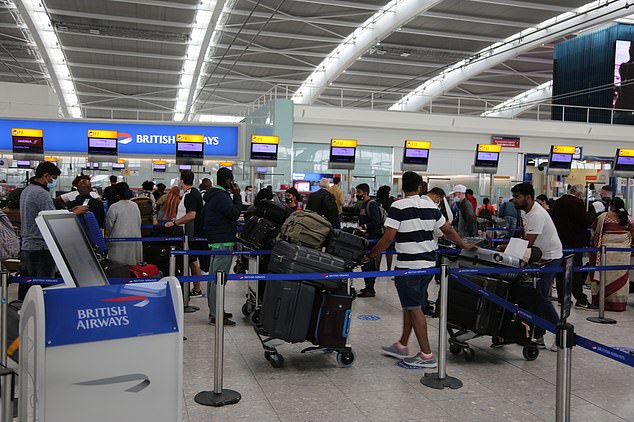 Thousands of British tourists stuck in Mexico now face a desperate scramble to get back before Sunday’s deadline.

British Airways has added four flights from Mexico to London as tourists dash to return home before 4 am on Sunday, August 8, to beat the deadline. People arriving in the UK from red tier locations must spend 11 nights at a quarantine hotel.

Those who do not make it in time face paying around £2,000 – €2,359 for compulsory hotel quarantine on their return.

Transport secretary Grant Shapps announced that four destinations, including Mexico, were to be moved onto the red list during the latest tri-weekly review, which took place on 4 August, a day earlier than expected.

He said they all “present a high public health risk to the UK from known variants of concern, known high-risk variants under investigation or as a result of very high in-country or territory prevalence of COVID-19”.

The Government has faced criticism for refusing to publish a so-called ‘Amber Watch List’ of countries at risk of being moved on to the Red List.

The US is not accepting tourists from the UK in most circumstances leaving many no option but to book immediate flights home.

John Soones, 62, from southwest London, was travelling to Mexico with his wife and their 18-year-old daughter.

He said: “It’s just incredible. It’s terrible to get no notice that this is likely to happen and no time to change plans. I think it’s almost inhumane to be in a hotel for that long. It’s claustrophobic and bad for your mental health.

“If it had been on an Amber Watch List we would not have chosen it as our destination. What is the criteria for this?”

“It’s crazy. I just don’t know how it helps the country by not giving people just a bit more notice.

“I just feel like they should give five or seven days before it comes in. We all have to rearrange our journeys. I’m lucky because my wife is American so I can go on to the US but the lack of notice is absurd. It’s just the stress of it all,” said Oliver James, from East Sussex.