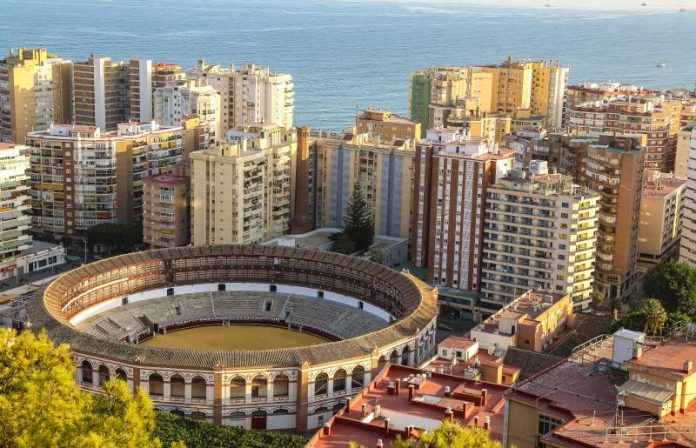 Prison for Malaga man whose father was found dead in his home. Image: Wikimedia

A COURT in Malaga has ruled that a man whose father was found stabbed to death at his home will be placed in prison.

A judge ruled that the man will go to prison awaiting trial after his father’s stabbed body was found at his home in Malaga.
The incident took place on August 3 when the body of an 89-year-old man was found with stab wounds at a home in El Atabal, Malaga.
Officers from the National Police arrested the man’s son, a 54-year-old Spanish man, on suspicion of murder and robbery.
Police from the homicide group located the suspect in a building in the downtown area of ​​ Malaga.
The news come after man in Malaga was accused of setting fire to his mother’s flat with prosecutors asking for 12 years in prison for the suspect.
The incident took place after the suspect had argued with his mother from him, before he then started a fire.
Prosecutors say the man argued with his mother at her flat in Malaga before he lit two fires outside the building, which created smoke which affected several apartments.
Several families were also in the building, with one injuring his toe in his rush to leave the building during the fire.
The fire did not spread following the intervention of members of the Royal Fire Brigade, however damage to the building and several flats cost around € 4,548.
The Office of the Public Prosecutor said that the defendant is responsible for a crime of fire with danger for the life or the physical integrity of the people, and is asking the court in Malaga to sentence the man to 12 years in prison as well as paying the injured neighbor € 1,500.
The lawyer representing the defendant, Jose Miguel del Cisne Cañizares, is asking for him to be acquitted. He maintains that his client, after arguing with his mother, went to pick up his car.
He says it was when he returned that he saw that someone had set it on fire. The lawyer insists that there is no evidence to point to him as the perpetrator of the fire and recalls that it was his client from him who sounded the alarm and alerted firefighters.