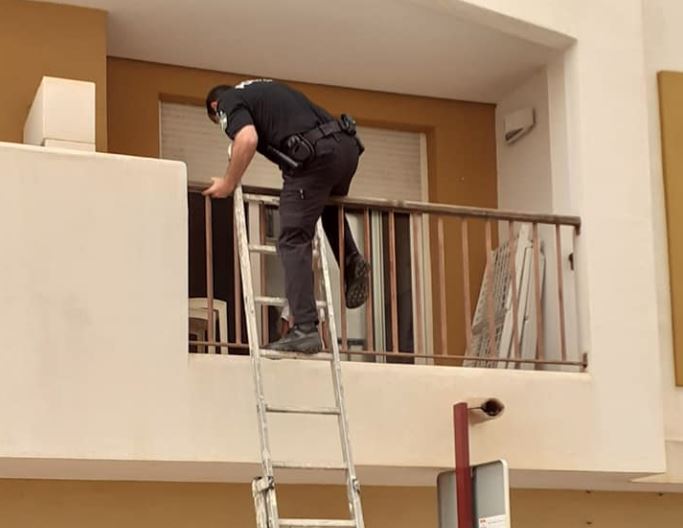 Young child rescued from balcony after being left alone in Spain’s Vera. The three-year-old girl found herself alone and had attempted to leave the house using the balcony.

The local police in Vera have rushed to help a three-year-old girl who was left at home all alone. The house was located in the centre of the town, and the young girl had attempted to leave using the balcony after she woke to discover that she was alone and that the door was locked.

According to Europa Press police sources have confirmed that several neighbours had called to alert them to the child’s presence on Tuesday at around 9.00 hours. The neighbours explained that the young girl was trying to leave her home via the balcony. The girl had woken up and found that her mother was no longer there. It was a first floor balcony that she was attempting to escape by.

Officers rushed to the scene to find that neighbours had luckily managed to calm the child down. Officers worked with city council workers and they were able to enter the house using a ladder and get to the child.

As reported La Voz de Almeria, the rescue “ended with the minor being handed over to her mother, who arrived shortly afterwards and explained to the officers that she had gone to take her other son to an activity while the minor was sleeping, so she decided to lock the door until she returned.”

Even though the mother had only been gone for a short time the case has been handed over by the local police of Vera to the judicial authorities. An investigation will be carried out into the alleged crime of temporary abandonment of minors.