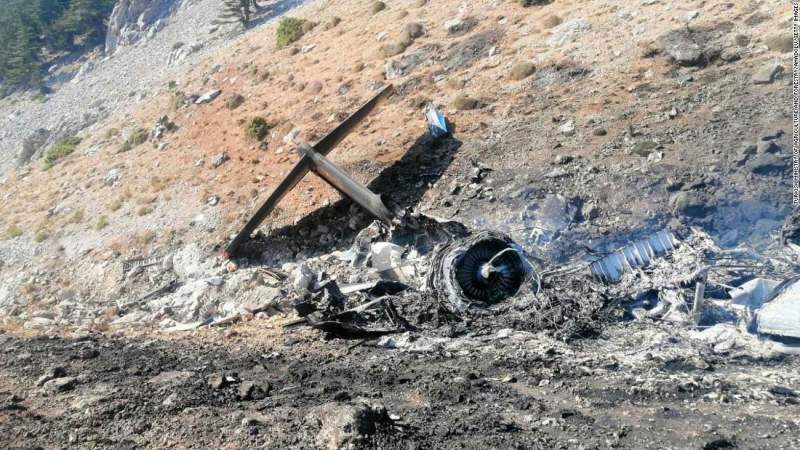 A firefighting plane that was on loan from Russia crashed today, Saturday, August 14, in a mountainous area in southern Turkey. The Russian defence ministry has said that all eight people on board, including the crew, were killed in the crash.

The eight were killed when their amphibious Beriev BE-200 crashed while trying to land in Turkey’s Adana province. The defence ministry said the plane was carrying five Russian army personnel and three Turkish officers.

The plane was linked to the Turkish General Directory of Forestry. According to the Anadolu news agency, search and rescue teams were sent to the area in neighbouring Kahramanmaras where the fire and crash were first reported- the plane had previously fought fires in Antalya province.

The governor of Kahramanmaras (close to the area of the crash) Omer Faruk Coskun told Anadolu that a wildfire had begun after lightning struck trees.

“We had dispatched a plane to the area but we lost communication with the plane a while ago and it crashed. The situation is very new. We dispatched many units to the area where the plane crashed.” Mr Coskun said.

Wildfires in Turkey’s Mediterranean region began in late July and have destroyed thousands of acres of forests, mostly in the seaside provinces of Mugla and Antalya.

Turkey appeals for international help as it battles some of the worst wildfires for decades.

Turkey’s President Tayyip Erdogan appealed for international help to tackle the fires that are ravaging the country.

Erdogan said he had increased the number of planes fighting the fires from six to 13. Planes from Ukraine, Russia, Azerbaijan and Iran, and thousands of Turkish personnel, as well as dozens of helicopters and drones, were assisting the firefighting efforts.