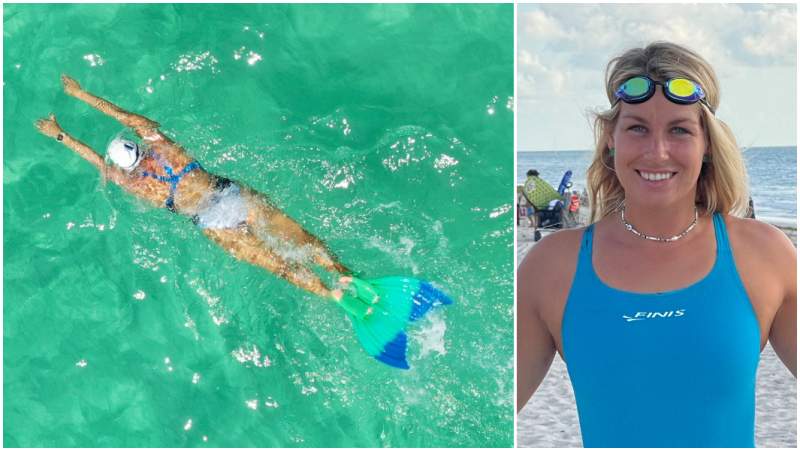 Merle Liivand, from Estonia, is a competitive swimmer, model and aquapreneur. Most importantly though, she’s an eco mermaid.

On her 30th birthday, Merle swam 30 kilometres off Miami Beach, Florida, achieving the world record for the farthest swim with a monofin.

She swam without using her arms, propelling herself with just her mermaid-like fin, for a total of nine hours and 19 minutes,according to Guinness World Records.

Merle is a major advocate against marine pollution and uses her long-distance, open-water swims as a means to draw attention to this growing environmental issue.

When she saw how plastic pollution affected marine life and trapped them, she challenged herself to swim the same way as them. No arms, just one tailfin, what most marine life have when they try to escape a net or plastic bag.

Merle strongly believes that our oceans need more attention. During her visits to Key West, Florida over the years, she became alarmed at how quickly the coral reefs were dying.

The final straw for Merle was when she saw all the trash in the sea and on the beach during the 2016 Olympics in Rio de Janeiro. It became the moment when she decided that she can no longer complain about the problem, she had to do something about it.

Merle often pulls plastic rubbish out of the sea during clean-up operations. Sadly, her efforts barely make a dent in the eight million tons of plastic that end up in our oceans each year.