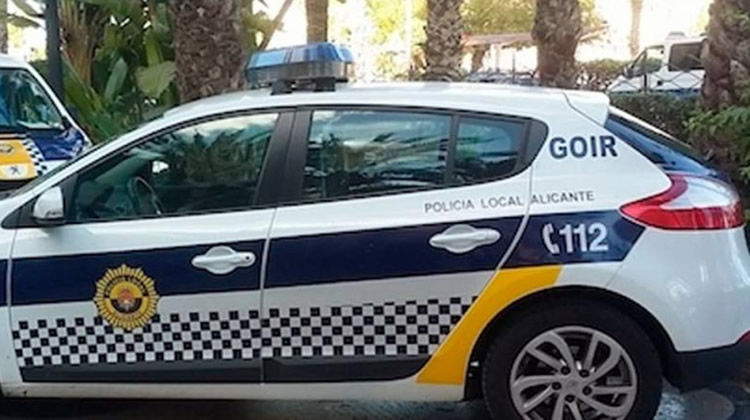 Alicante man beats his ex-wife and threatens to throw her off the balcony for refusing sex. image: policia local alicante

A resident of the Alicante municipality of El Campello has been arrested by the Local Police for allegedly beating his ex-wife with a stick, hitting her, restraining her, and then threatening to throw her off the balcony when she refused to have sex with him.

According to the Local Police of El Campello, the incident occurred last Wednesday, August 25, at around 10.30pm in the evening, in a property on Calle Jaime 1, where, after his assault, in a moment of distraction, the victim managed to flee and call the police, who promptly arrived on the scene where she told them, in between sobs and in a high state of agitation, that she had a restraining order in place against her ex-husband.

She had taken refuge in a nearby cafeteria, which is where the officers located her, and where she related her assault to them, explaining that he had also kept her there against her own will, preventing her from communicating with anybody, but that she had escaped by offering to go and buy him some cigarettes, with him warning her not to tell anybody what had happened or she would face the consequences.

Her ex had allegedly entered the home by using a set of keys that he had copied, and while there with her, boasted of having gone to prison, and when the officers went to the property, the detainee reportedly acted in an aggressive manner towards then and had to be subdued using force.

He was arrested, and taken into custody, where it was revealed the Alicante man had more than 50 police reports against him, and he was subsequently handed over to the Guardia Civil, while the woman was treated in a local health centre for her injuries, as reported by 20minutos.es.