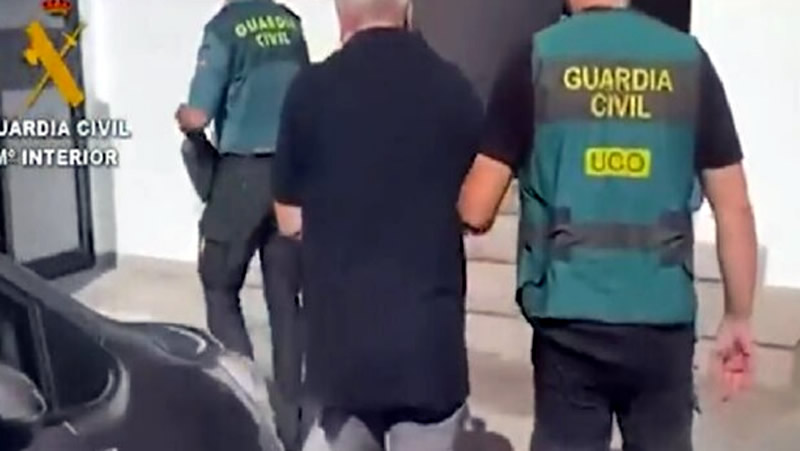 Operation ‘Tricolore-Sentinella’, carried out by officers of the Guardia Civil, has resulted in the arrest of a 66-year-old Italian citizen in the Malaga municipality of Fuengirola, who is wanted by the authorities of his country for the crimes of international drug trafficking, and membership of the criminal organization N’Drangheta.
This operation began when the Guardia Civil received information about the possible presence of this man on the Costa del Sol, and subsequently, the ROS (Reaggruppamento Operativo Speciale) of the Italian Carabinieri were contacted, who were able to confirm the identity of the fugitive.
As reported by the force in a statement, a team of the Fugitives from Justice of the Central Operational Unit (UCO) began the investigation, locating the fugitive in Fuengirola, where he was put under close and discreet surveillance, finally being arrested as left his home, during which he was found to be carrying forged identity documents.
The arrest of this man is seen as an important one, following another one carried out last March by UCO’s Fugitives from Justice Team in ‘Operation Romeo’, in which a 34-year-old man was arrested, also with links to the N’Drangheta.
He is known as ‘Maluferru’, ‘U pacciu’ or ‘U manu’, and is allegedly responsible for the introduction into Italy of large quantities of cocaine, and is reported to be the son of ‘Centocapellli’, the historical member of this criminal organization, who is currently serving a prison sentence of more than 30 years.
The investigation which saw the Italian fugitive arrested was carried out by the Fugitives from Justice Team of the Central Operational Unit, together with the Crain (Regional Center for Analysis and Intelligence against Drug Trafficking), OCON-SUR, and the Rapid Action Group (GAR) of the Guardia Civil, as reported by malagahoy.es.