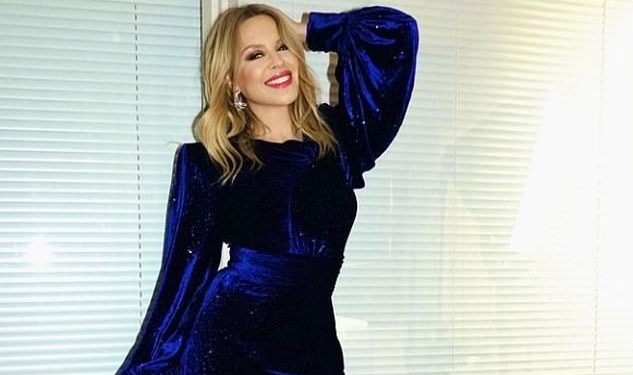 “It was a big decision to leave Ramsey Street. I’ve been getting very nostalgic myself and for the likes of Jason and myself, Guy Pearce, Annie Jones, the kind of the naughty kids of the bunch, it was such an incredible training ground to work with people like Anne and Ian and so many other incredible actors. And it’s such an awesome way to learn your craft, because, I mean, admittedly, I was learning the lines quite often in the car on the way to work on those early mornings. But…”

Jason interrupts, “Kylie you could pick up your lines so quickly. I mean, she was incredible. She absorbed so quickly and in the music area as well, you know, incredible ability.

Kylie said, “Thank you. But I remember scenes in Charlene’s household, and the Madge and Harold household, I see them very occasionally. I think that was amazing. And there was something that really worked with us all, you’re not really aware of it in the moment, but clearly something was happening that we were greater than the sum of our parts.”

Listeners will hear Jason and Kylie reminisce about when they were reunited on stage at Radio 2 Live in Hyde Park in 2018 and Kylie treats us to one of Charlene’s favourite phrases – ‘rack off Scott!’.

Scott Mills is a huge fan of Australian soaps, Neighbours in particular, and this August Bank Holiday he’s going to shout it from the rooftops of Ramsey Street so loud they will even hear it in Lassiters! Everyone is invited to take a nostalgic walk down the most famous street in Australia, which was first broadcast to UK audiences on BBC One in October 1986. Throughout the show he’ll be knocking on the doors of some very well-known ‘Neighbours’, reminiscing about their time on the street.

Kylie adds, “In the two and a half years I was there, it’s like I lived a few lives. I mean, Jason, you and I had some, you know, it was kind of like teenage years, just compounded. We went through a lot…so it was an incredible ride.

“When we started, we were happy to have a job. I signed on to the dole when I finished school because I knew I wanted to act and I wasn’t sure if I’d get a job so, really happy to be there. And then once Neighbours turned that corner and became a successful show and then even more so became this huge show in the UK… we would hear about the show being successful in the UK.

“When we did eventually come over for a Neighbours promotion, it started to make some kind of sense that this was even more successful in the UK than Australia.

“I’ve worked with people for years and they’ll say, oh, yeah, I used to, you know, skive off from school or from work or something to race and watch Neighbours, like they never told me in all those years. And every time those kinds of stories reveal themselves, it’s just awesome. It’s so cool.”

Listeners can test their knowledge with hourly quizzes on all things Erinsborough and enjoy a Neighbours-related playlist, including classic pop hits by Holly Valance, Natalie Imbruglia, Craig McLachlan, Jason Donovan and – of course – Kylie Minogu plus some, perhaps, not-so-classic hits. And they can share their memories of this iconic show by emailing [email protected] So whether you remember Scott and Charlene’s wedding, Bouncer’s Dream or had a crush on Plain Jane Superbrain, Scott wants to hear your memories.

Plus, there will be honourable mentions to those huge stars who made Street cameos such as Lily Allen, Pet Shop Boys, Matt Lucas and David Walliams, as well as those who got their big break in Ramsey Street, such as Russell Crowe, Liam Hemsworth and Margot Robbie.

The show will end with a grand finale in which Scott invites the entire nation to join in a singalong version of the original Neighbours theme tune, as sung by Barry Crocker.

Happy Birthday, Neighbours! With Scott Mills will be available to listen on demand on BBC Sounds.