Tourism in the Pyrenees is higher than before the pandemic 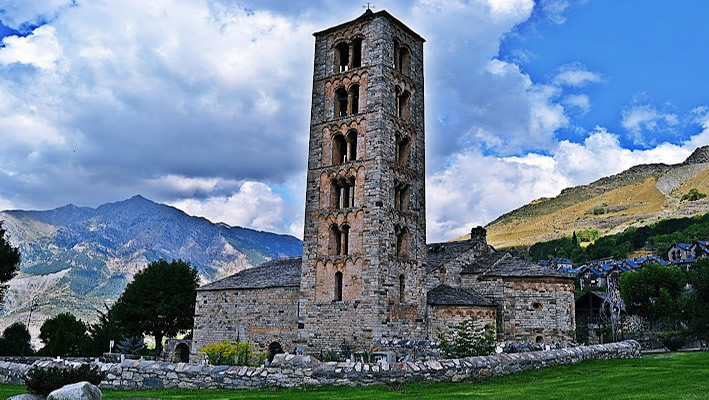 Tourism in the Pyrenees is higher than before the pandemic. image: google

According to reports, the influx of tourists this summer in the Pyrenees has been higher than the most optimistic forecasts that had been predicted, where, in some regions, such as Val d’Aran, or Alta Ribagorça, the data for 2019 (before the pandemic), which were already a record, have been exceeded.

As related by Sergi, who owns the Baliera campsite, just a step away from the border with Catalonia, in the Ribagorza of Huesca, “We can already say that this summer has been one of the best in our entire history”, and the same results have been reported from hotels in the Pyrenean region, who have apparently had to hang the ‘no vacancies signs up some days.

It is thanks to the national travellers that this situation has arisen, most of whom are known to have chosen this type of destination this summer where sanitary security measures are more guaranteed.

Record numbers have also passed through the doors of the set of Romanesque churches of the Vall de Boi, a treasure declared a World Heritage Site by UNESCO, with reports that a record of more than 62,000 people have passed through these churches between July and August, beating the 55,295 from 2019, and 53,545 in 2018, long before coronavirus.

The church of Sant Climent de Taull, known as the icon of that Pyrenean Romanesque, where a mapping reproduces the paintings that covered the walls of that church a thousand years ago, saw more than 23,000 people pass through its doors, with more than half of those visits coming in August.

Juli Alegre, the head of marketing and promotion of the Tourist Board of the Diputacio de Lleida, says he has not compiled the exact data yet, but, it can already be predicted, “that the figures for this summer will equal, if not exceed, the data for 2019, which were a historical record”, a summer when 565,000 visitors passed through Lleida, and more than 1.4 million overnight stays were recorded, but Mr Alegre pointed out that the official figures for June and July reveal that “overnight stays in those two months have risen 4.5 per cent compared to 2019”.

In rural tourism businesses and campsites, more than double the number of overnight stays have been registered in July and August of this year compared to 2019, while the final figures for August are still missing, which is predicted “will be just as positive,” Juli confides.

Ninety percent of the travelers who have visited the Pyrenees this summer “are Catalans”, who have made up for the lack of foreign clients, although in the month of August a significant increase in French travelers was detected in the mountain regions, assures Juli Alegre, as reported by lavanguardia.com.