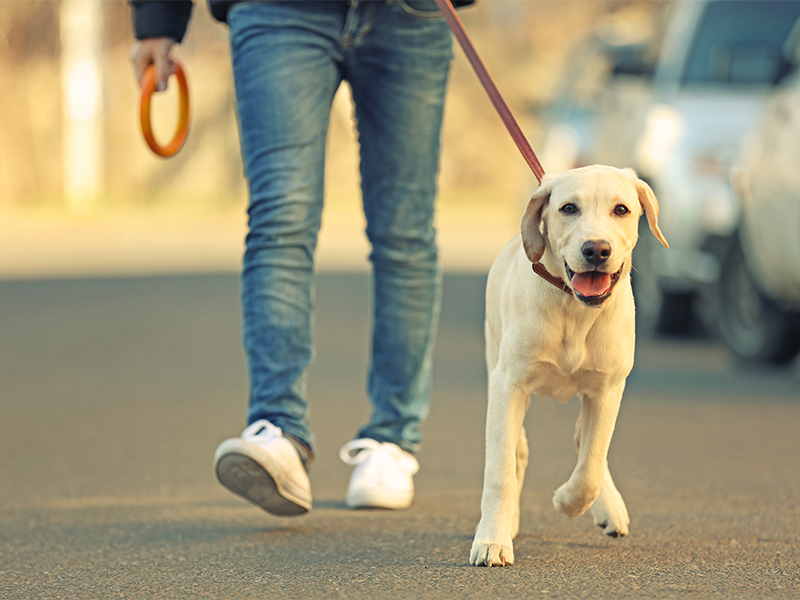 UK dog owners could face fines of up to £5,000 when walking their pet

A new criminal offence for pet abduction is set to be introduced under government plans to crack down on pet theft following a reported rise in pets being stolen during the pandemic. The new law will recognise the welfare of animals and that pets are valued as more than property.

Environment Secretary George Eustice said, “Pets are much loved members of the family in households up and down the country, and reports of a rise in pet theft have been worrying. Pet owners shouldn’t have to live in fear, and I am pleased this report acknowledges the unique distress caused by this crime.

“Its recommendations will reassure pet owners, help the police to tackle pet theft, and deliver justice for victims. We will consider its findings carefully and work with colleagues across Government to start implementing its recommendations,” he added on September 3.

The new offence is one of several recommendations in a report published today by the Government’s Pet Theft Taskforce which was launched in May 2021. The Taskforce, made up of officials from Defra, the Home Office and the Ministry of Justice along with operational partners including the police CPS, Border Force and Local Government, considered evidence from academics, animal welfare organisations, campaign groups, enforcement agencies and industry experts.

Since its establishment, the Taskforce has considered available evidence from academics, animal welfare organisations, campaign groups, enforcement agencies and industry experts to help inform its recommendations.

The report found that seven in 10 of the animal thefts recorded by the police involve dogs. Evidence suggests that around 2,000 dog theft crimes were reported to police in 2020, causing considerable distress for owners and their pets alike. The price of some breeds increased by as much as 89 per cent over lockdown as people spent more time at home, potentially making dog theft more appealing to criminals looking to profit from the spike in public interest in owning a pet.