Two years on EWN speaks with our man in Madrid 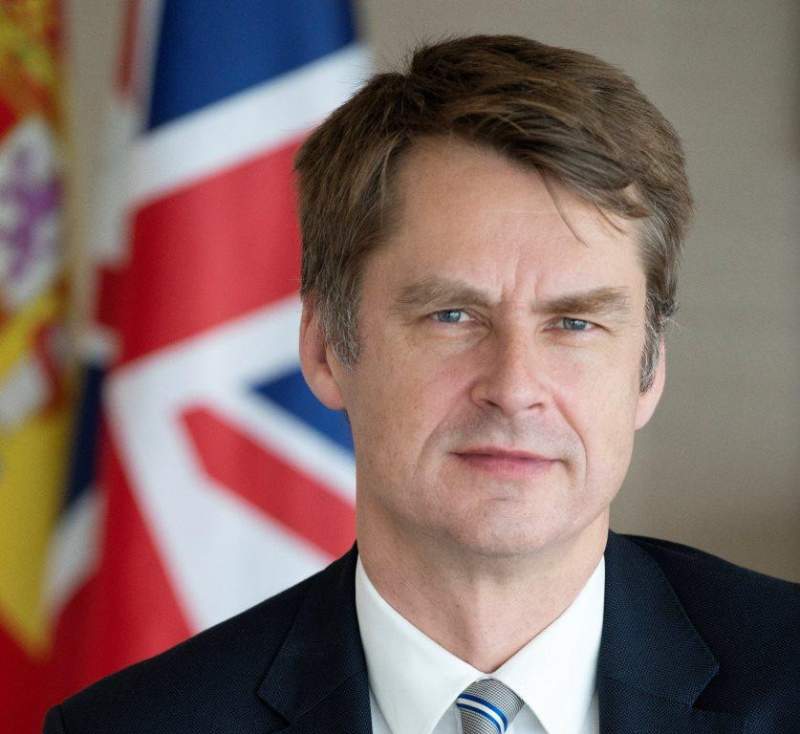 HUGH ELLIOTT became British Ambassador to Spain in August 2019 and two years on EWN speaks with our man in Madrid and whilst he would have expected to deal with Brexit, the pandemic came out of the blue.

With the official title of Her Majesty’s Ambassador (HMA), he is the most senior British Diplomat in Spain and fulfils a number of different but vitally important roles many of which require regular discussions with the Spanish Government.

In commemoration of his two years in post, he kindly agreed to speak with Spain’s largest circulating English language newspaper Euro Weekly News and was both friendly and quite open, subject always to the fact that the British Government makes policy decisions.

We spoke first about his role as a champion of British commerce and when asked how Brexit had affected exports to Spain, the Ambassador observed that indeed one of his major roles was to promote UK exports and also assist Spanish business to supply the UK.

He went on to confirm that there is no doubt that Brexit has affected business as the UK, as a country, is now out of the Custom’s Union which means that there are new procedures for both sides to follow and the Embassy has been very involved in giving advice.

What cannot be quantified is the effect that the pandemic has had on business which clearly saw a significant downturn during 2020 but he was able to confirm that the trend is now positive with a recent upturn of 13 per cent which has been made easier thanks to cooperation with the Spanish Authorities.

Next came the situation between Gibraltar the UK and Spain which is currently very topical as he was on the Rock on August 31 alongside the new UK Ambassador to the EU and the Gibraltar Government to discuss the next step towards an agreement with the European Union which will have to be managed by Spain.

Having agreed the framework for the future on New Year’s Eve 2020 which Britain, Gibraltar and Spain were comfortable with, the matter then progressed to the EU which has its own procedures but the mandate that was finally forthcoming is not acceptable to Britain or Gibraltar and the matter is being reviewed.

His view however is that he remains confident that agreement which is acceptable to all parties will be forthcoming.

There has been considerable disruption for British passport holders, be they resident in Spain or the UK with regards to travel and many of our readers are anxious to know whether Spain which is seeing a considerable improvement in the number of infections and the increase in vaccinations would soon join the ‘green list’.

Hugh Elliott acknowledged that travel is still not normal and that things can change rapidly as the pandemic still exists but the important thing for travellers to the UK is the fact that if they are double vaccinated then there is no requirement to undertake quarantine and travel is so much easier now.

Having said this, he urged potential travellers to always check with the UK Gov website for the latest travel advice.

Pensions are another important topic for those living in Spain and whilst the Ambassador was not able to comment upon the future of the Triple Lock other than to say that he has no knowledge of any plans to change Government Policy he wanted to remind everyone that the had been a major step forward following Brexit in as much as those British pensioners living in Spain would continue to enjoy the increases (whatever they be) as if they were living in the UK.

As far as residencia is concerned, the majority of British applicants who had applied have been accepted and by the end of December 2020, the latest available figures, it was recorded that 381,348 UK passport holders had been granted residency.

The British Government has funded three different charities in Spain to assist UK nationals to apply for residency.

Speaking of residency HMA Elliott wanted to remind readers that residency is important and not to overlook that fact that the entire family, including children should be registered and finally suggested that although not technically necessary, it would probably be more convenient for those with the green paper document to now exchange it for the red plastic card.

As a matter of interest, Spaniards travelling to the UK may no longer do so with just their ID card and from October 1, they must produce a valid passport in order to obtain entry.

The Embassy and the consulates around Spain exist to offer advice and assistance to British passport holders and the www.gov.uk website is a good place to start when looking for latest information.

Thank you for reading ‘Two years on EWN speaks with our man in Madrid’ and remember that all articles produced by Euro Weekly News may be accessed free of charge.