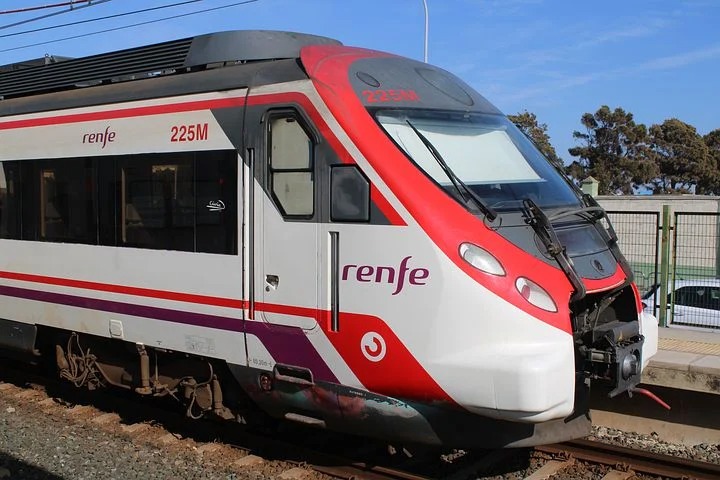 Renfe cancels trains ahead of strike due on Friday, September 24. Credit: Pixabay

AN eight-day strike has been called by Semaf, the Railway Machinists Union, who represent 85 per cent of Renfe’s train drivers

Semaf, the Railway Machinists Union, which represents 85 per cent of the driving collective, has today, Tuesday, September 7, issued a statement in which it has called an eight-day strike throughout the Renfe Group, with the union accusing Renfe of “non-compliance with the agreements reached in 2007 to guarantee integrity in the rendering of services by the Renfe Group in the face of the transfer process in Catalonia (and wherever it may occur)”.

It also denounced the “failure to reestablish all non-covered employment and all circulations suppressed, and the breach of the collective agreement, and no will to solve it, with regard to new incorporations and processes of mobility and integration of staff. Delaying, misinforming, and intentionally hindering the normal development of processes”.

These strikes will take place on September 30, and then October 1, 4, 5, 7, 8, 11, and 12, with Semaf urging the rest of the trade union organisations to “join in the defense of the railways, the employees, and the service it provides to the citizens”.

As reported in its September 3 edition, La Razon told how Semaf claimed that there is a deficit of 150 trained professionals, because, according to them, Renfe is not complying with the employment plan approved in 2016, and warned that by the end of this year the situation could be even worse.

The employment plan foresees the incorporation of 500 train drivers, of which 400, according to their figures, are already operational. But they warn that it is not clear that the rest will arrive. And given that these 500 additions are intended to cover as many departures, the deficit of 150 professionals will remain or even increase, if the 500 drivers contemplated in the company’s roadmap do not arrive.

Renfe however argues that there are sufficient numbers of train crew is more than covered, and according to its forecasts, will close the year with a total of 5,720 staff, the highest number since the 2016 Employment Plan began, while assuring that in the first fortnight of the month it will complete the recruitment of more than 500 drivers from this year’s job offer, and furthermore, the company stresses that “additionally, the incorporation of another 340 candidates from the reserve list of this year’s job offer is being contemplated, although they will not be operational until next year”.

Renfe did admit though that in recent months there have been “some adjustments to the service on some high-frequency lines due to a temporary drop in the number of active drivers, caused by medical leave, and longer training periods”, assuring it has alleviated this “by increasing the incorporation of new drivers and contracting more training classrooms”, as reported by larazon.es.