Firefighters in Sierra Bermeja continue to battle the blaze 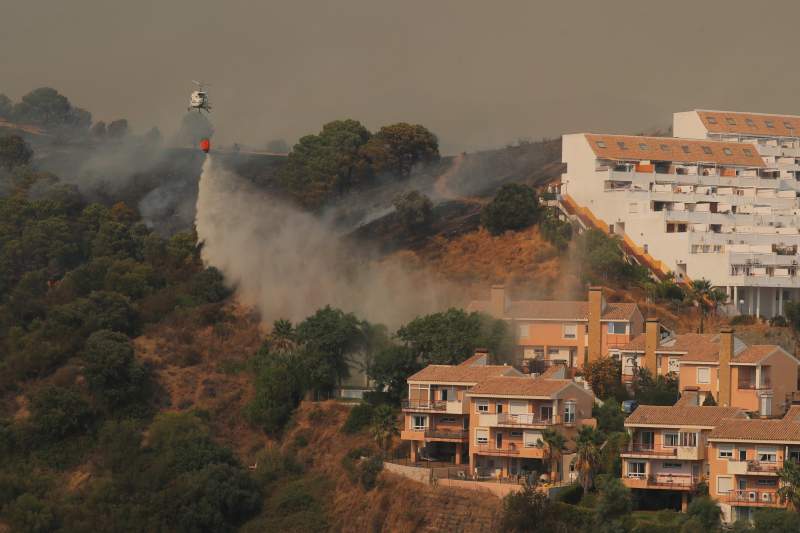 Firefighters in Sierra Bermeja continue to battle the blaze

Firefighters in Sierra Bermeja continue to battle the blaze as some 3,600 hectares of forest land are lost to the fires.

The Sierra Bermeja fire has so far devastated some 3,600 hectares of land, but, only once the fire is extinguished, will it be possible to know exactly how much area has been ruined.

Sources from the Andalucian Government have confirmed that during the night firefighters carried out control, containment and expansion work which involved cleaning the shrub heavy machinery and greatly facilitates the work of the firefighters as it allows the creation of small firebreaks.

A total of 30 air resources have been allocated to the fire, including helicopters and four hydroplanes to reinforce the National Fire Plan. These were requested by the Infoca Plan and were put straight into action early yesterday morning.

The advantage that firefighters have today is the wind is blowing with less intensity, although the fire is still active but is more contained.

More than a thousand people have so far been evacuated from their homes, more than 700 of whom were in developments in Estepona, which has been the worst-affected municipality so far.

The fire started at around 9.30 pm on Wednesday, September 9, and continued to spread uncontrolled throughout the night. On Thursday, and despite the adverse conditions, fire teams managed to keep it contained, although there was still a slow spread toward the east and the coast.

The vast majority of the affected areas are rural, and are home to single-family farms and some residential developments. The wind served to prevent the flames from reaching the fir forest located in the Reales de Sierra Bermeja area, one of the botanical treasures of the Málaga mountains.

Read more:
A forest firefighter died in the Sierra Bermeja forest fire that has affected four municipalities in the province of Malaga -Estepona, Benahavís, Jubrique and Genalguacil-, with some 2,200 hectares of pine forest burned among other trees, grass and scrub.
Sources of the Andalucian Fire Fighting Plan, Infoca, informed Efe of the death of the 44-year-old firefighter, who had travelled from Almería to help extinguish the fire and who had already been participating in this type of fire-fighting work for a previous six campaigns.