Rainfall forecast could help extinguish the fire in Sierra Bermeja 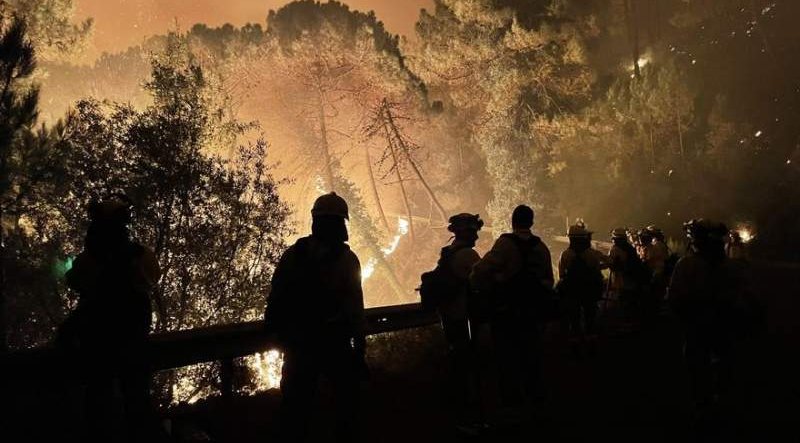 Rainfall forecast for Monday could help extinguish the fire in Sierra Bermeja.
The rainfall forecast for today, Monday, September 13, by Aemet is for 40% probability of showers in Estepona, Marbella, and 90% the following day.
The arrival of an Atlantic storm across Spain’s southern peninsula according to the State Meteorological Agency will leave heavy showers throughout the country. However, in much of the region of Andalucia, widespread rains will arrive on Tuesday.
This rainfall could therefore help extinguish the Sierra Bermeja fire as of Tuesday. Aemet points out that the possibility of rain in the province of Malaga is 45% today, a percentage that rises to 95% on Tuesday.
In the area most affected by the fire, there are similar percentages. In Estepona, the probability of precipitation is 40% on Monday, which rises to 90% on Tuesday. The same trend is observed in Jubrique and Genalguacil, which both on Tuesday and Wednesday have a probability of precipitation greater than 90%.
All this will be accompanied by a slight drop in temperatures, so in the capital, the maximums will be around 30 degrees this Monday, falling to the maximum 24 degrees expected for Wednesday, September 15, – the minimums will stay at around 20 degrees every day.
Read more:
The operational direction of the Andalucia Infoca Plan agreed to the preventive eviction of the Malaga municipalities of Faraján and Pujerra due to the Sierra Bermeja forest fire, which affects several localities and continued to spread on Sunday, September, 12.
Sunday finally saw the deployment of 256 troops from the  Military Emergency Unit (UME), through the National Civil Protection System, to help combat the blaze in Sierra Bermeja that has been burning out of control and is now into its fifth day.