More of my pet peeves of the small screen 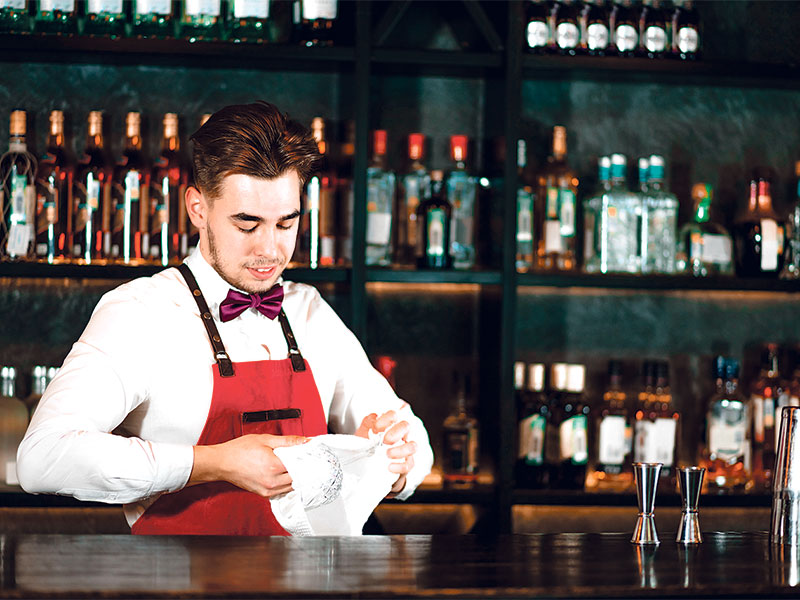 TV CLICHÉS: Going to a pub where the barman is always drying a glass.

WELL, where to start with all the clichés of TV shows? How about characters getting out of taxis and not paying; running through street markets knocking over vegetable stalls; going to pubs where the barman is always drying a glass with a tea towel; ordering ‘a beer’ and not specifying which one; never watching the road when driving and presenters knocking on doors with: “Let’s see if he’s in.” Of course he is. Would they be broadcasting it otherwise?

As for detective/cop shows, the person being questioned inevitably ends the interview saying: “Are we done here?” Do you really believe anyone ever says that when being questioned in a murder investigation? Again, no one in real life says: “I’ll see you out” when a guest/visitor/detective is about to leave the house. But they say it endlessly in films.

Weirdly, too, even the most competent detective seems to have to respond to a killer asking for a few moments alone with “Yes, of course.” Or a late-night telephone call to discuss an urgent matter with “Come to my office tonight.” However smart, they never seem to learn…

Plus people drinking tea or coffee from cups that are quite clearly empty and carrying supposedly heavy suitcases that are equally empty. Want to make a suitcase look heavy? Put something in it! But that would be asking for an H&S injury claim. “Ooh me back, guv’nor.”

The problem for viewers like us is we fail to realise that EVERYTHING on TV is fake on one level or another (most celeb ‘game shows’, for instance, are scripted) unless we want to see camera/sound/continuity people and others. Basically, they’re all trying to make TV reasonably realistic within the limits of production.

Finally, on a completely different note, many thanks to all of you who’ve purchased my just-published thriller, ‘The Sentinel’, now available in audiobook format narrated as before by my good friend Rayner Bourton who created the role of ‘Rocky’ in the original London production of ‘The Rocky Horror Show’.