Volcano alert on Spain's La Palma after swarm of earthquakes 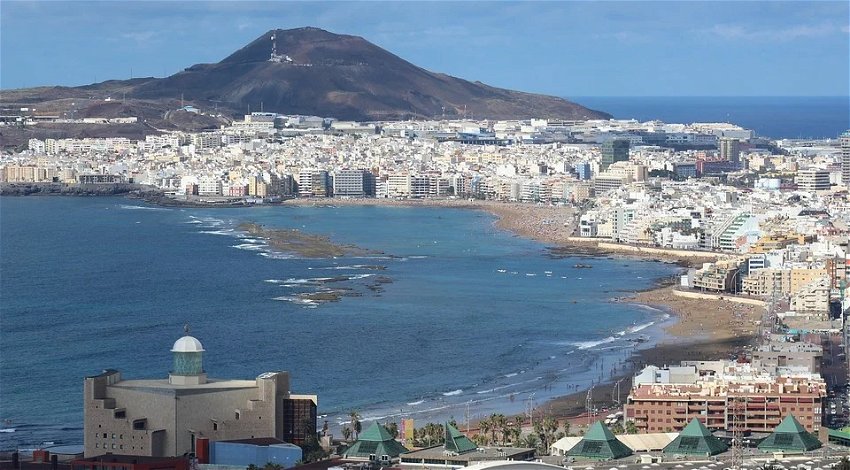 La Palma authorities have warned there could be a volcanic eruption in the coming days due to the sudden increase in seismic activity.

Yesterday, the government said there was no evidence of an immediate volcanic eruption, however, it warned that the situation could evolve quickly.
“More intense earthquakes are expected in the coming days,” it said in a statement.
Elena Cuevas, who lives in one of the most affected areas, said: “The strongest I felt was on Tuesday, around seven in the morning. I was already awake when I heard a loud noise and they began to move objects in the room slightly creak on the floor .”
It was only a few seconds, and Elena thought it was normal at first because” she had already felt some from time to time since 2017”, but now she believes that these are different “because they are with greater magnitude.”
As Elena says, the positive part is that all the earthquakes are occurring, for the moment, in the early hours of the morning, so the rest of the day “people are leading a normal life”, including herself, who he tries to continue with his routine “with a positive mind, but with a lot of uncertainty, yes”.
However, she acknowledges that there are those who are already afraid: “Some people have abandoned their residences and gone to other parts of the island where the situation is not affecting so directly,” he says.
Over 11 million cubic metres (388 million cubic feet) of magma has run into Cumbre Vieja over the recent days, increasing the size of the peak by around 6 centimetres, the Volcanic Institute of the Canaries said yesterday.
The Involcán, the Councils and the IGN warn that, in the event of an eruption, it would be very mild and would only damage, in the worst case, structures and assets. In addition, the volcano would ‘warn’ by presenting certain ‘symptoms’ before the eruption, so there would be enough time to evacuate the population.
The Canary Islands have some of Spain’s most active and best known volcanoes, including Teide in Tenerife and Timanfaya in Lanzarote.