Investment of €1 billion for Spanish sport ahead of Paris Olympics 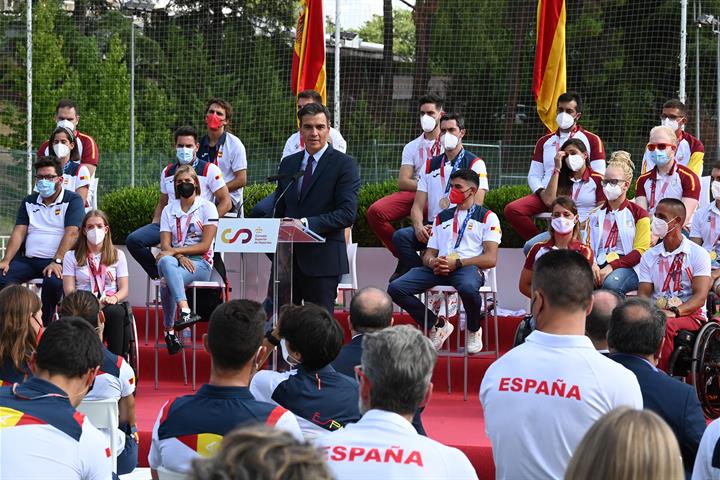 Spain is poised to invest 40 per cent more in preparing participants for the next Olympic games in Paris.

Prime Minister Pedro Sanchez has announced that the upcoming investment in Spanish sport will be “historic” and will exceed previous levels by 40 per cent.

Speaking to Olympians and Paraolympians at a ceremony in Madrid, Sanchez said they are “the best representatives our country could have”.

Their results “confirm not only the strengths of our sport as a world power in many disciplines, but also give us good reason to believe that Spanish Olympic sport is on the verge of a new cycle of success and expansion,” he said.

“Tokyo 2020 was the start of a new era in public policies to support Olympic and Paralympic sport in our country, with the largest budget ever allocated after Barcelona 92, 400 per cent more than in previous years.

“Between 2019 and 2023 we are going to dedicate one billion euros to sport, almost 40 per cent more than in the period 2015-2018. We are able to make this commitment because we are the only European country that has made sport one of the levers of economic recovery,” he added.

Sanchez also praised the sporting representatives as a “living expression of the richness and diversity of our country, and an example of being welcoming and of integration. A living example of the value of sport in the face of discrimination, intolerance and extremism.

“Know that there is a whole country behind you that admires you, supports you and looks up to you,” he said.

The next Olympic and Paralympic games will be held in Paris in 2024.