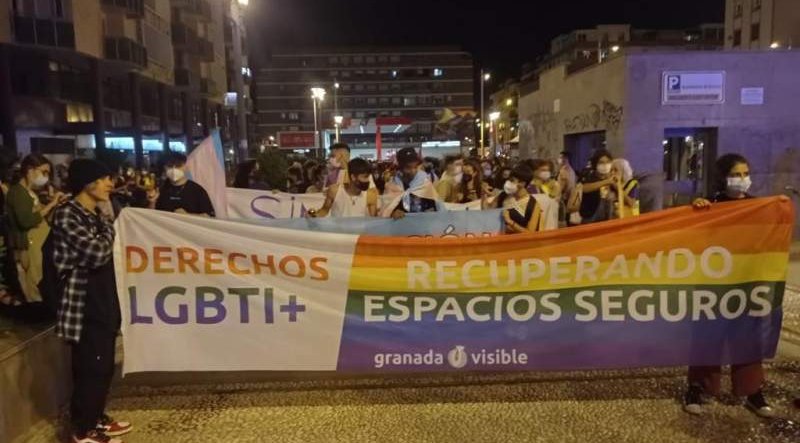 The rally started at 9:00 p.m. from Plaza Einstein under the slogan ‘Either we go out to the street or we do not return home’, later moving to Pedro Antonio de Alarcón and Recogidas, until it reached its final destination of Plaza del Carmen on Reyes Católicos Street, where the all the participants staged a sit-in.

During the march there were chants and proclamations such as “here is the trans resistance”, “I am also Samuel” or “I am also a sh**** fag”. The latter two were a clear reference to the recent murder of the young Samuel Luiz in La Coruña, which shocked Spanish public opinion due to the brutality used by his attackers.
The case of this young Galician hit the headlines, causing many people to question whether the system had failed badly for Samuel.
The fact his death was made so public prompted the LGTBI collective to take a step forward and denounce the lack of protection they feel at a time of special tension both at the political level and on the street.