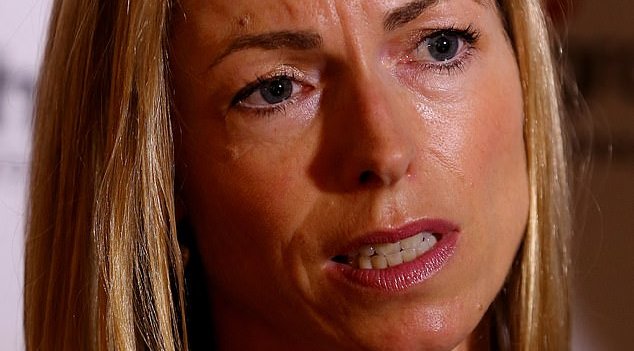 Madeleine McCann’s GP mother Kate has returned to work as an NHS frontline doctor to fight the coronavirus pandemic.

MADELEINE McCann’s ex GP mum has returned to work and joined the NHS front line to help fight the coronavirus pandemic. Kate McCann said she is happy “doing my little bit to help” as a doctor at hospitals in Leicester – which is one of the country’s worst-hit Covid cities.

As she battles her own torment still not knowing the fate of daughter Maddie more than 14 years after she vanished, she has “thrown herself back into a full-time job to assist others in need,” said a family friend.

Kate, who quit her job in 2007 to focus on the global hunt for her missing daughter, Maddie, is said to be “delighted” to be back on board during the continuing crisis in the UK.

At times Kate is working at the same hospital as her husband Gerry, who is a renowned cardiologist.

“Kate’s back working as a doctor. She’s helping out at her local hospitals now and not doing any surgery work. She has thrown herself back into a full time job to assist others in need.

“There’s such a demand for qualified medics during these unprecedented times. Kate’s enjoying doing her little bit to help but we hardly ever see her and Gerry now. They are both so busy,” a family source said.

Three-year-old Maddie vanished from a holiday apartment in Portugal’s Praia da Luz on May 3, 2007. She had been left sleeping alone with her younger twin siblings while her parents were dining in a nearby tapas restaurant with pals.

However, despite 14 years passing since her disappearance, Kate and Gerry said they will “never stop hoping” of one day finding their daughter.

Convicted paedophile and rapist Christian B, 44, remains under investigation and is currently serving time in a German prison- he is still the prime suspect in Maddie’s abduction.

Earlier this week a German prosecutor revealed he is being probed over at least five other sex crimes. He is being investigated over an attack on a girl, 10, as well as the murder of a teenager, 16, in Belgium.

In a new book, Wolters said German cops believed “there is good basis” to suspect the paedo is responsible for a sex attack on a girl aged 10. He says the assault, which involved a naked man, happened six miles from where Madeleine disappeared in Praia da Luz just one month later.

Wolters also says officers in Belgium are probing the 44-year-old over the killing of Carola Titze, 16, in De Hana in 1996. The sex offender is also a suspect in the 2004 rape of an Irish woman, 20 in Praia de Rocha, Portugal.

He also said German cops were looking at whether the suspect is connected to the disappearance of “German Maddie” – Inga Gehricke who vanished aged five in 2015.

A former partner in crime of the Maddie suspect recently broke his silence to reveal that Christian B was known as ‘the climber’ because he was so good at breaking into apartments.