British expats in Spain could be owed thousands in underpaid pensions 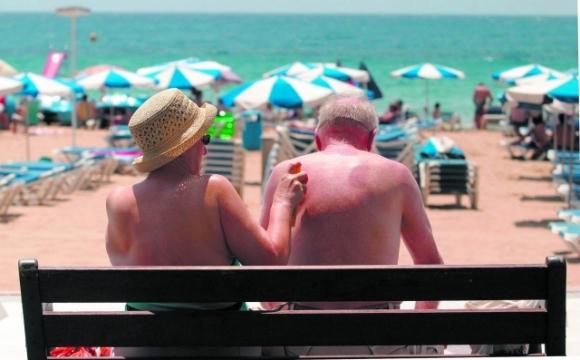 British expats in Spain could be owed thousands in underpaid pensions due to ‘human error’.

British expats in Spain could be among the 130,000 UK pensioners that are in line for payouts amounting to thousands of pounds after repeated errors by the government led to more than £1bn of state pensions being underpaid.

The scale of the underpayment was revealed by the National Audit Office spending watchdog today, Wednesday, September 22, as it published the findings of an investigation into state pension calculation errors, first brought to ministers’ attention in early 2020.

The level of error was almost inevitable given the complex rules and high degree of manual review necessary when assessing claims, according to a National Audit Office (NAO) review.

State pension payments are crucial for many retirees, with a number of pensioners being reliant on Government support, especially in Spain, as the cost of living for retired expats continues to rise.

Unfortunately, thousands of pensioners found themselves with underpaid pensions in recent months and years and following an investigation into underpayments of state pensions from the NAO, further light has been shared on what caused the problems and what needs to be done to resolve them.

According to the Comptroller and Auditor General’s report, the underpayment of pensions was due to repeated human errors.

The Department for Work and Pensions is now facing calls urgently to compensate those affected after it conceded underpaying 134,000 pensioners a total of £1.053bn, representing an average of £8,900 per pensioner.

However, the bill could rise further, with the watchdog saying the DWP’s estimates were “uncertain”.

“The impact of the underpayment of state pension on those pensioners affected is significant. It is vital that the Department for Work and Pensions corrects past underpayments and implements changes to prevent similar problems in future,” said Gareth Davies, head of the NAO.

These errors affect pensioners who first claimed state pension before April 2016, do not have a full national insurance record, and should have received certain increases in their basic payments. The NAO detailed the errors that were brought to the DWPs attention by individual pensioners, concerned experts and the media.

Following this, the DWP started exploring the “potential for error” from April 2020 and confirmed there was a significant issue in August 2020. It started to review cases from January 2021 and will contact pensioners if it finds that they have been underpaid.

The DWP estimated it will need to pay the affected pensioners a total of £1,053 million, representing an average of £8,900 per pensioner affected. It has yet to assess the demographics of pensioners likely to be affected, but “most are likely to be women.”

Guy Opperman, the Pensions Minister, detailed what the Government was doing to address state pensioners who have seen their first payments delayed as a result of coronavirus. Thousands of retirees who have recently reached the state pension age of 66 are facing delays to initial payments but Mr Opperman confirmed the DWP will clear this backlog by the end of October 2021.

Mr Opperman stressed the DWP is working to clear the backlog, which had been exacerbated by lockdown issues, and “hundreds of additional staff” were in the process of being redeployed to help fix the problem.

Link for the UK Department of Work and pensions (DWP):