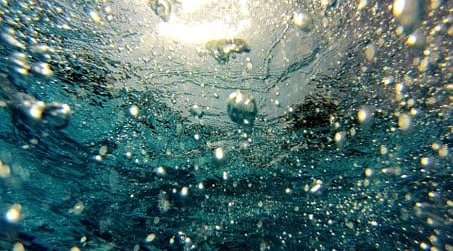 Freedivers discover gold coins in Spain’s Alicante.
Two freedivers made a fantastic discovery of gold coins dating from the fourth and fifth centuries in what is said to be one of the largest sets of Roman gold coins discovered in Europe.
The freedivers initially discovered eight coins and this led to the retrieval of a total of 53 gold coins from the seabed of the Portitxol de Xabia in Alicante, according to the University of Alicante.
The gold coins have been analysed by scientists from the University Institute for Research in Archaeology and Historical Heritage of the University of Alicante (INAPH), who have been able to date the coins to the late Roman period. Specifically, the coins have been dated between the end of the 4th century and the start of the 5th century.
The coins are so well preserved that their inscriptions can even be read. This has allowed them to be identified.
Freedivers Luis Lens and Cesar Gimeno made the initial discovery, which set in progress the mechanism put in place by the General Directorate of Culture and Heritage for discoveries like this.
The rest of the coins were discovered by archaeologists from the UA and the GEAS of the Guardia Civil, along with help from the Town Council of Xabia. Divers carried out a series of scuba dives to recover the rest of the coins and other artefacts in the area.
The head of the UA team of underwater archaeologists, Professor of Ancient History Jaime Molina commented that: “This is one of the largest sets of Roman gold coins found in Spain and Europe.”
The experts also believe that the coins “may have been hidden intentionally” to keep them safe from looters.
The team added: “the find would serve to illustrate a historical moment of extreme insecurity with the violent arrival in Hispania of the barbarian peoples and the definitive end of the Roman Empire in the Iberian Peninsula from 409 AD”.