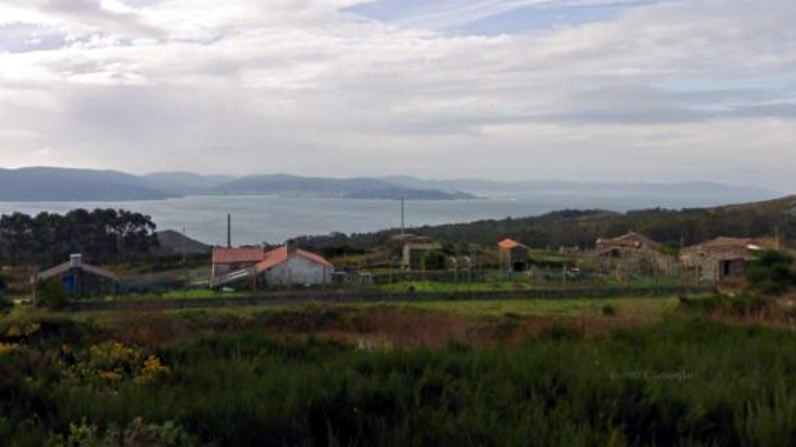 THE village of Candelago in Galicia, which has stunning sea views, is up for sale at €200,000 as it is depopulated

The tiny Galician village of Candelago is located in the heart of the Costa da Morte – in English, ‘The Coast of Death’, so-called because there have been so many shipwrecks along its treacherous rocky shore which is exposed directly to the Atlantic Ocean – is sitting patiently overlooking its imposing cliffs, waiting for a buyer to come and revitalise this place, for a sale price of €200,000.

This quaint village, which belongs to the municipality of Ponteceso, in A Coruña, is made up of just a dozen stone houses and granaries that have defied the passage of time, and sit with peaceful abandonment among the growing vegetation.

The enclave and its views are located just over a kilometre from the port of Corme, and also very close to the O Roncudo Lighthouse, on whose cliffs some of the best barnacles in the world can allegedly be found.

According to La Voz de Galicia, some years ago, a group of owners tried to turn the village into a rural tourism complex, but the project finally fell on deaf ears, as Elena, one of these owners, explained to the Galician media, “We will have to leave Galicia soon for work reasons, so we want to sell. If it were not for that, we would continue with the project, because it is a place magical, with wonderful views”.

Adding, “We fell in love with the place, and wanted to make something there, very close to the path of the Camiño dos Faros”, adding that they have already received some offers, but none firm, and that for now, it is a “tug of war” with those interested in the village, since “we bought practically for that amount – €200,000 – at the time, so we will continue talking”.

According to Suso Lista, a cultural disseminator of the area who knows its history well, this situation of abandonment of the village of Candelago is not new, “I always remember it the same, and nothing was ever done until it got to the point that you saw everything totally deteriorated”, he lamented, as reported by 20minutos.es.