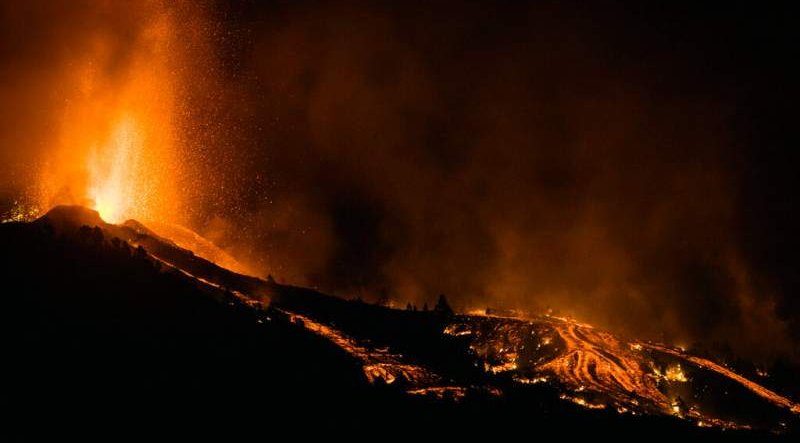 The La Palma volcano has erupted again after a brief pause as the lava stream now nears the sea.

Spurts of vivid lava emerged from the Cumbre Vieja volcano this evening, snaking down the dark mountainside after a period of several hours without explosions, according to witnesses and drone footage. This came just eight days after lava started pouring from the mountain range on the Spanish island, which neighbours Tenerife in the Canary Islands archipelago off North Africa.

“Activating and deactivating is logical, natural in the evolution of Strombolian volcanoes,” said Miguel Angel Morcuende, director of the Pevolca response committee, referring to the type of violent eruption that emits incandescent dust.

His colleague, Maria Jose Blanco, explained that lower levels of gas and a reduced supply of material within the crater could have caused the recent lull in activity. Since September 19, black lava has been slowly flowing down the volcano’s western flank toward the sea, destroying more than 500 houses as well as churches and banana plantations, according to the European Union’s Copernicus disaster monitoring programme.

Spanish property portal Idealista estimated the damage at around 178 million euros today. More evacuations are now likely as the red-hot molten lava flow is just 800 metres from the sea.