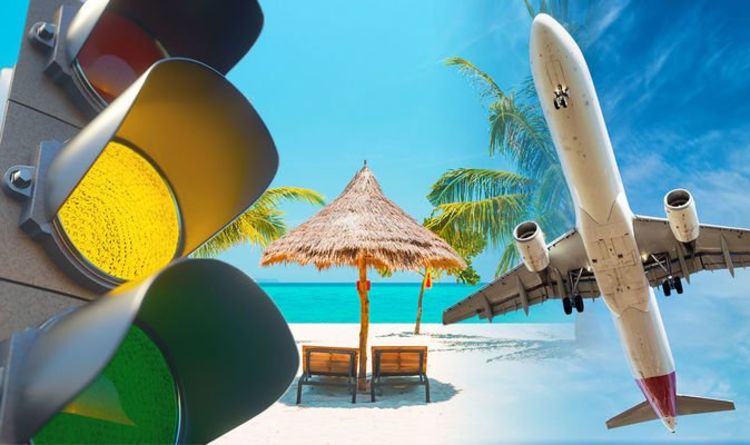 The UK’s red list cut has been forecast to boost and greatly simplify overseas travel.

From 04:00 BST today, Monday, October 4, the amber and green lists will be merged into a single “rest of world” category. The UK red list – for countries considered the highest risk – will remain though, with arrivals still needing to pay for a quarantine hotel. Fully vaccinated arrivals from green list areas will no longer need to take a rapid test before coming to the country.

Many countries are expected to be removed from the prohibitive travel red list following today’s abolition of the much-criticised government traffic light system. The number of countries on the travel ban list could be cut to less than 12 from 54, according to a recent report from The Telegraph.

Now comes an end to one of the main barriers to international travel, in which people had source Covid tests overseas and secure negative results no more than 72 hours before travelling.

The requirement to take a privately procured PCR test on the day after arriving in the UK will also be lifted later this month. Travellers will need to pay for a cheaper later flow test instead, further cutting the cost of arriving into England.

The UK government is also expanding its relaxed vaccinated policy to a further 18 countries, including the United Arab Emirates, Japan and Canada. Those eligible to enter the UK must have a document from a national or state-level public health body that includes certain information including name, date of birth and vaccination details.

“We are accelerating towards a future where travel continues to reopen safely and remains open for good, and today’s rule changes are good news for families, businesses and the travel sector. Our priority remains to protect public health but, with more than 8 in 10 people now fully vaccinated, we are able to take these steps to lower the cost of testing and help the sector to continue in its recovery,” said Transport secretary Grant Shapps.

The department for Transport said: “The UK government is continuing to work with international partners as we seek to more regularly expand the policy to further countries and territories. All arrivals will still need to fill in a Passenger Locator Form ahead of travel.”

“With far fewer restrictions on where we can travel and reduced costs for tests, it’s clear these changes are likely to lead to many more people travelling. It’s essential then that the government is ready, including effective management of border queues and a testing regime that works.

“Travellers were let down badly during the summer by a dysfunctional PCR testing market that left them exposed to extortionate prices and unreliable providers. However, with just weeks until half-term the government has still not given further details on its plans to allow fully-vaccinated travellers to use lateral flow tests on arrival into the UK later this month.

“The issues with PCR tests must not be repeated for lateral flow testing – the government must ensure a properly functioning system is in place,” said Which? Travel editor Rory Boland.

The UK’s travel red list is to be significantly lowered to as few as nine countries, an announcement is expected this week Currently, there are  54 nations on the list, which enforces strict quarantine rules and heavily burdens travellers with quarantine costs from regions deemed the highest Covid risk.

Travel traffic light system ‘could be scrapped’ by next month