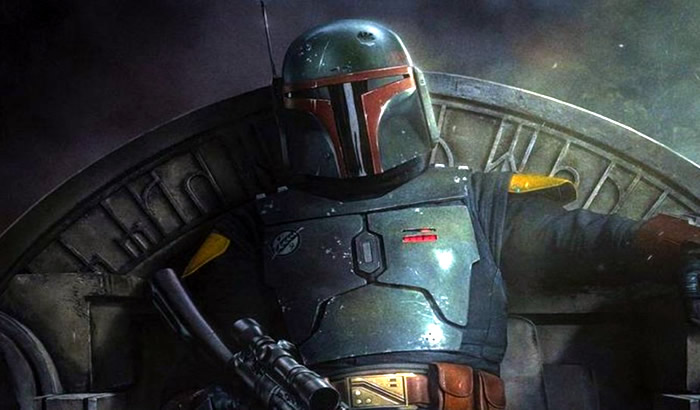 Disney+ will premiere exclusively on December 29 a brand new installment and action series from the Star Wars universe, derived from the highly successful ‘The Mandalorian‘.

Produced by Lucasfilm, ‘The Book of Boba Fett’ will be broadcast on December 29, and joins the streaming channels other available animations including ‘Star Wars: Visions’.

In a press release from Disney+, they reported that this adventure once again features the legendary Star Wars character, fearsome bounty hunter Boba Fett, from a galaxy far, far away, and the mercenary Fennec Shand.

On the Star Wars website, a description of the series reads, “The Book of Boba Fett, a thrilling Star Wars adventure, finds legendary bounty hunter Boba Fett and mercenary Fennec Shand navigating the galaxy’s underworld when they return to the sands of Tatooine to stake their claim on the territory once ruled by Jabba the Hutt and his crime syndicate”.

Boba Fett first came to prominence among Star Wars fans in ‘The Empire Strikes Back‘. In this episode of the iconic trilogy, the bounty hunter hunts down Han Solo and his ship, the Millennium Falcon, whilst on the payroll of villains Jabba the Hutt and Darth Vader.

Fett was back again in 1983’s ‘Return of the Jedi‘, where during a battle with Luke Skywalker, his jetpack malfunctions when it’s struck by Han Solo. Boba goes into a spiral, eventually falling into the mouth of the Sarlacc, a giant sand monster.

With fans presuming he had died, they were shocked when he reappeared 37 years later in an episode of ‘The Mandalorian’. During the end credits of the second season of ‘The Mandalorian’, ‘The Book of Boba Fett’ was announced, but no explanation was ever given as to his fate. On December 29 we will all find out.