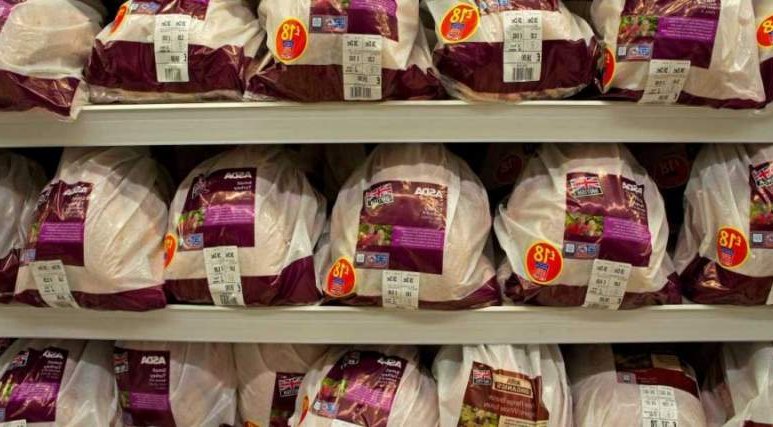 Turkey sales in the UK have soared by 400% as Christmas panic buying due to shortages starts.

Frozen turkey sales in the UK have soared by more than 400 per cent as panic buying, spurred on by the HGV driver shortage, sets in ahead of Christmas. Fears turkeys could be in scarce supply have grown as the government scrambles to plug a desperate shortage of truckers.

Frozen goods retailer Iceland said its turkey sales rose by 409 per cent in September 2021 compared with the same period and admitted that customers were “concerned about food supply”.

The supermarket retail chain said it has also increased its own orders for turkeys from suppliers by 20 per cent. It comes amid an ongoing crisis over fuel, caused by an acute lack of drivers and panic buying.

Nick Allen, chief executive of the British Meat Processors Association, (BMPA), said Christmas turkeys are likely to be from the continent this year due to labour shortages in Britain following Brexit.

“We’re not saying that there’s not going to be food on the table at Christmas, but we’re struggling to put the party food together – the pigs in blankets, the netting of gammons. We’re not saying there’s going to be desperate shortages, but there certainly won’t be the choices available for British food, that’s for certain,” Allen told Sky News.

The Chancellor has warned the shortages “are very real” and that “we’re seeing real disruptions in supply chains in different sectors”. Pressed if he agreed, UK PM Boris Johnson told the BBC’s Andrew Marr that Mr Sunak was “right… but it depends how you interpret what he’s saying.”

Clive Black, a retail analyst at Shore Capital, told The Times he expects the festive season to be “a nightmare for consumers”.

“And the HGV driver shortage is compounding the problem. A lot of people eating on Christmas Day will be asking ‘what the hell is this?’ It won’t be traditional,” he said.