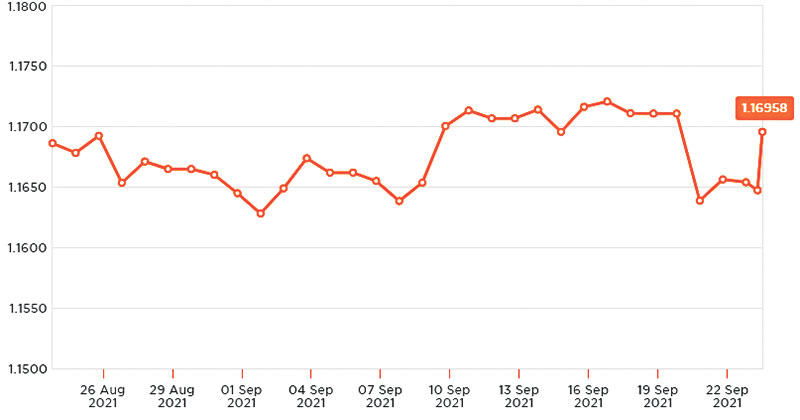 The euro initially got off to a strong start in September, with the single currency carrying over some of its momentum from late August and supported by some robust Eurozone data releases.

However the euro hit a major stumbling block in the form of the European Central Bank (ECB), which maintained its dovish stance as it concluded its September policy meeting, in spite of also announcing plans to begin reducing the pace of its pandemic emergency purchase programme.

This pullback in the euro through the second half of September has also been fuelled by political uncertainty in Germany ahead of its general election as well as pressure from a stronger US dollar.

Looking ahead, the single currency could face additional volatility in the weeks to come, as German coalition talks, and the increasing policy divergence between the ECB and Federal Reserve are likely to dominate EUR sentiment.

The pound has traded in a wide range over the past four weeks, in response to growing doubts over the resilience of the UK’s economic recovery.

This comes as businesses express concerns over staff shortages, supply constraints and rising energy prices, the combination of which could lead the rebound in growth to stall in the latter half of 2021.

Also spooking GBP investors in early September were concerns over Boris Johnson’s announcement that national insurance contributions would rise in 2022 as part of a ‘healthcare levy’.

But Sterling subsequently rebounded following the Bank of England’s (BoE) September policy meeting, as support from within the bank to start reducing its quantitative easing programme grew.

With the UK’s economic headwinds showing no signs of abating, the pound could face an uphill battle in the coming month, particularly if the end of the government’s furlough scheme results in a sharp rise in unemployment, as some economists predict.

Following on from the disappointment over the Federal Reserve’s reluctance to announce any concrete tapering plans at its annual Jackson Hole Symposium at the end of August, the US dollar got off to a muted start in September.

However, demand for the currency picked back up through mid-September as an increasingly gloomy outlook for the global economic recovery, bolstered demand for the safe-haven currency.

A more hawkish outlook from the Fed following its September interest rate decision then helped to extend the upside in USD exchange rates, as investors began to price in an expected November start to the bank’s tapering process.

Going forward, with most economic indicators pointing to a stalling of global growth in the last quarter of 2021, its likely investors will continue to favour the safe-haven US dollar, particularly as the divergence in policy between the Fed and other central banks only looks to grow wider.