Zurgena steam trains set to return on line to Arboleas 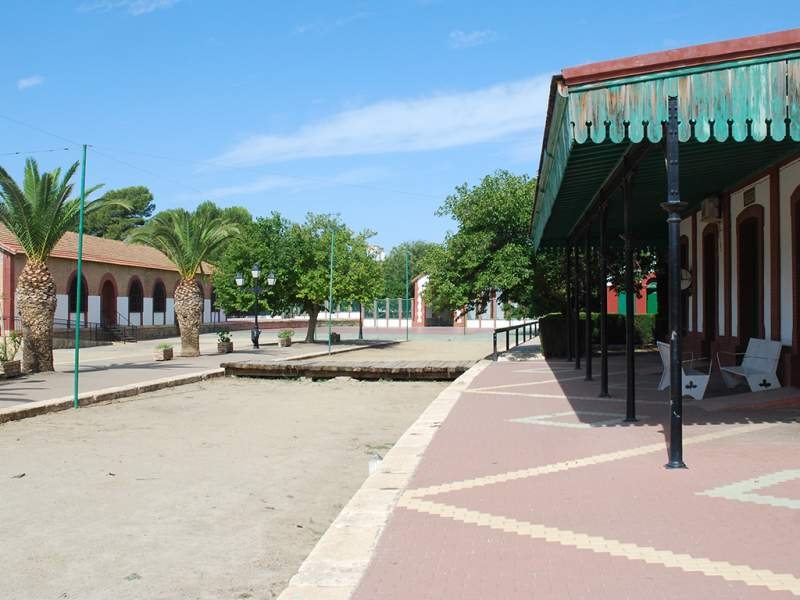 Zurgena steam trains set to return to the Almeria province

Many people over a certain age remember with nostalgia the steam trains that chuffed along the British Railways network lines until the late 1960s. Even more will remember steam engines that ran on the Spanish network until the mid-1970s. Now, well into the 21st century, railway enthusiasts in Andalucía are working to restore a section of the 19th century railway line from Zurgena, a small village in the Almanzora valley in Almería province.

The project is much more than a desire for a few steam devotees to see one of their beloved steam trains puffing along the line between Zurgena and Arboleas, it is a project of huge historical, and potentially economic, importance.

The Zurgena to Arboleas railway line is just a short section of the line built between 1885 and 1894 by the Great Southern of Spain Railway Company Ltd. between Baza in the Granada province, through Almería province, to an ore loading dock at Aguilas in Murcia. The last train, a diesel engine by then, to run on the GSSR line was back in 1984. The line had been taken over in 1941 by the National Network of Spanish Railways, a state-owned company known as RENFE and, with the closure of the iron ore mines in Almería and Granada in the late 1960s, was no longer profitable (if it had ever shown a profit since its inception). Nevertheless, the railway line provided a much-needed service for passengers heading for the coast as well as local produce including marble from the quarries around Macael, esparto grass from the Baza area and coffins.

The Zurgena Railway Museum project is backed by the local mayor, Luis Diaz García and the Councillor for Culture, Paco López as well as the entire Zurgena town council. The project is being organised by La Asociación de Amigos del Ferrocarril de Zurgena, whose president is a dynamic engineer called Rafael García de la Mata Escudero, a professor of engineering at Granada University.

La Asociación de Amigos del Ferrocarril de Zurgena began in late 2018 when a resident of Zurgena, Jim Simpson, was approached by María Ángeles Márquez who was wanting to create some type of memorial to the railway and the people who worked in Zurgena station. There had been plans to develop a museum since 2014 but nothing concrete had been done. Jim had to return to the UK in 2020 and his position within the association was taken by Rafael.

Work started on the project in December 2020. The old railway station at Zurgena had already been restored and permission was granted for it to become a museum. During excavations on the site, the original railway lines were discovered as well as the turntable in the sidings. Much of the land surrounding the station has been donated to the Zurgena steam trains project by the town council.

Whilst work continues at Zurgena to restore the station, workshops and sidings to their original condition, the search is on for artifacts, steam engines and rolling stock. Two railway coaches, currently languishing in a siding at Guadix, have already been earmarked for the project, as has a rail car that has spent the last 15 years in a field at El Rincon de la Victoria (one for Rafael to review). Rafael has already located a draisine, a locomotive used for transporting materials and crew for track laying and maintenance work. The only snag is that it is in Poland so it may be a month or two before it arrives at Zurgena. Until the draisine arrives, Raphael has converted a golf buggy to transport small items along the track. The railway museum at Águilas has also promised to release some of their artifacts, including original tools and maintenance equipment. Together with hundreds of images of the GSSR line and a stack of documents from the GSSR archive, provided by Max Kite and Don Gaunt, the museum will be well worth a visit.

The mayor of Zurgena hopes the completed project will help restore the economic fortunes of his village. In the fullness of time, La Asociación de Amigos del Ferrocarril de Zurgena will be renovating the line between Zurgena and Huércal-Overa station, using Almajalejo station as a steppingstone. Although the first trains to use the renovated line will be diesels, the association hope they will be able to locate an original steam engine, one of the Moguls perhaps, now that would be a sight.

Anybody interested in joining La Asociación de Amigos del Ferrocarril de Zurgena can do so through their website: https://www.zrm.es/