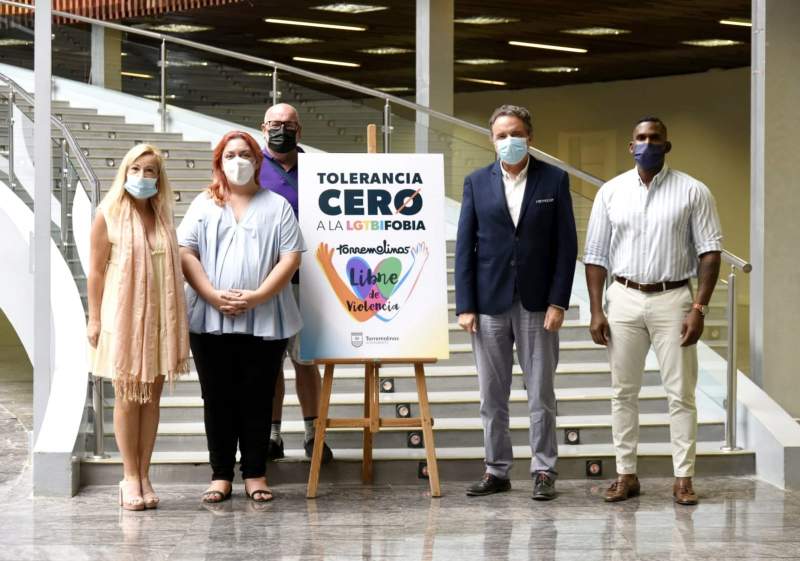 A SELECTION of recent news in brief from across the Costa del Sol created for readers of Euro Weekly News.
Zero Tolerance
IN keeping with its record of support for members of the LGTBI family, the Torremolinos Council has launched a month-long campaign which will see posters stating ‘Zero Tolerance for LGTBIphobia’ appear on bus stops and display hoardings around the town.
Over exposed
A VIDEO has appeared on social media showing a naked man standing on the promenade in Marbella in broad daylight on Friday October 8 being approached by officers of the National Police and after being made to put on his clothes being arrested.
Cable car free
ON Monday October 18, there will be no charge to catch a ride on the Benalmadena Cable Car as part of a joint awareness initiative between the Council and Spanish Association against Cancer (AECC), to give greater visibility to the International Day against Breast Cancer.
Beach cleaning
EVEN though the beaches of Fuengirola are busiest in the summer months, the Council takes the view that it is obligated to ensure that they are kept clean all year round and has therefore added an additional tractor and two 4 × 4 vehicles to the fleet.
Busy Fuente
DATA released by the Marbella Department of Tourism showed that the Fuente (holiday bridge for the Virgin del Pilar and National Day) saw high hotel occupancy throughout the city.
Some five star hotels saw 95 per cent capacity and the average for that level reached 84.4 per cent whilst four star hotels did even better at 90.76 per cent, with other grades of hotel at 88 per cent.
All in all, the results were similar to those enjoyed in 2019 and actually better than the 2018 figures so it can be concluded although summer is over, the volume of visitors to Marbella remains high.
Pledging allegiance
IT is quite common for councils throughout Spain to hold special ceremonies whereby where Spanish born residents are invited to pledge allegiance to Spain and the Spanish Flag.
For the first time, Estepona will participate in this ceremony and with the assistance and cooperation of the Malaga Air Force Base will, at 12 noon, on Saturday November 13 host its own Civil Personnel Flag Pledge at the Estepona Fairground.
A maximum of 600 people who have Spanish nationality and are of legal age will be allowed to take part provided that they register before November 5 at the Ministry of Defence website which is https://www.defensa.gob.es.
Thank you for reading ‘A selection of recent news in brief from across the Costa del Sol’ and remember that all articles produced by Euro Weekly News may be accessed free of charge.