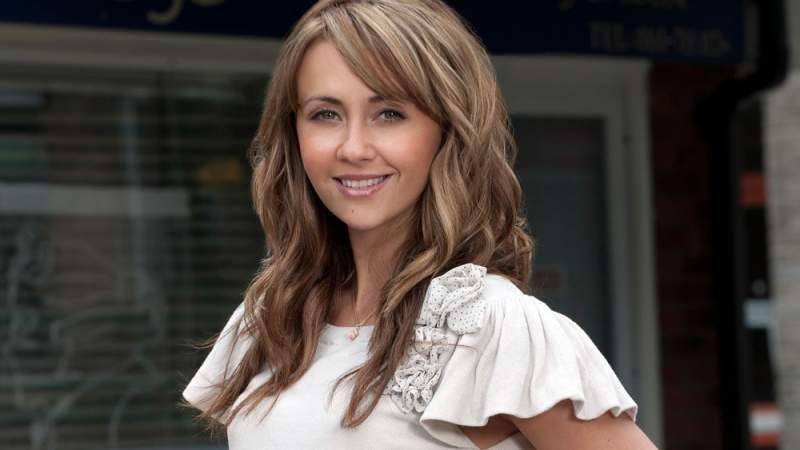 Coronation Street’s Samia Longchambon who plays Maria has revealed the toughest ever death scenes she filmed were having to say goodbye to dogs.

The actress said that the scenes with Ozzy the dog dying back in 2016 were the saddest moments she has been involved in during the show.

Samia has appeared with many dogs over the past two decades, including Ozzy, Eccles, and Monica.

Despite a number of challenging scenes, Samia said it was the loss of a dog that was the hardest to film.

“Oh my gosh, it was awful, it was so sad,” Samia said on the TeamDogs Fetch. Chase. Eat. Sleep. Repeat. podcast.

“We were really close to Ozzy anyway. He was with us the whole time, his whole life really.”

“It was so sad because we were actually saying goodbye to Ozzy because he wouldn’t have been coming into work anymore.”

“Those scenes were the easiest ones for me to cry (on). Sometimes you get crying scenes, and you have to psych yourself up for it.”

“But actually I didn’t have to think of anything sad other than the actual scene and what was happening to make me go into floods of tears.”

Samia, 39, also spoke of her devastation when she lost her own Maltese dog Sonny who passed away in 2017 and the age of 11.

“It really genuinely was heartbreaking. It was devastating for us,” she said of losing him.

“Neither of us will forget that day when we had to take him to the vets and say goodbye. It was horrendous.”