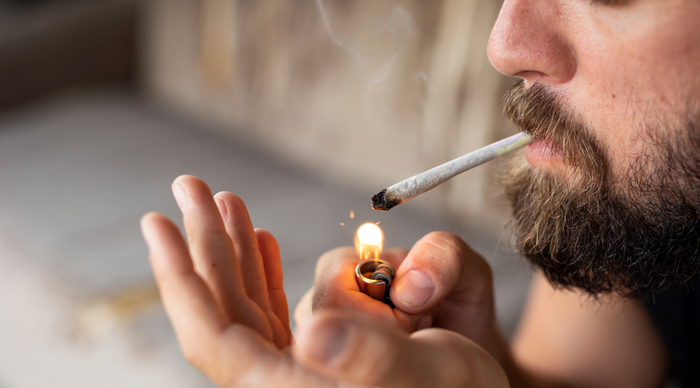 Spain’s PSOE political party has rejected the use of cannabis for therapeutic use.

On Tuesday, October 19, the Government indicated that it does not propose to regularise what is the most illegal drug taken in Spain- Cannabis.

Cannabis (the plant from which marijuana and hashish are extracted) is the most consumed drug in Spain by young people and is the third most addictive substance that adolescents take the most, behind the legalised ones such as alcohol and tobacco.

Adolescent consumption is one of the aspects of concern regarding the drug, as well as the criminality linked to its illegal cultivation and trade. The parties Más País, ERC and Podemos have presented three proposals to regulate cannabis in Congress.

The first, which was debated yesterday, will not be approved due to a lack of support (it must be voted on today, Wednesday, October 20. The PSOE rejects the regulation of cannabis without first passing an authorisation for therapeutic use, according to the spokesman for the party, Isabel Rodríguez. The PP is also opposed to regulating the drug.

Among adolescents who used cannabis in the last year (27.5%), 3.3% of boys and 1.4% of girls aged 14 to 18 did so for at least 20 days (that is, an average a couple of times a month) and it is considered that 15% of these annual users consume “problematic”, according to the OEDA report, which includes a survey among high school students (from 2018-19).

The report notes that the prototype of this problem use is made up by 16-year-old middle-class boys. The age at which consumption begins is 14.9 years on average.

Cannabis comes from the Cannabis sativa plant. Marijuana (flowers, stems and crushed leaves) and hashish (resin from the flower of the female plant) are extracted from it. 48.7% of the cannabis consumed is marijuana and 20.6% hashish, while the rest is mixed. Furthermore, 87% of cannabis users mix it with tobacco.

OEDA estimates that 222,200 students between the ages of 14 and 18 started using cannabis in 2018. The greatest onset is among men under 25 years of age. The report found a rebound in consumption and that young people have a low perception of the risk associated with this substance.

Among the Spanish population aged 15 to 64, 8% have used cannabis in the last month and 2.9% do so daily (8.8% drink alcohol daily, for example). 1.9% use marijuana or hashish that is considered problematic (and in which they normally use cannabis and other addictive substances).

By age, the largest consumer is the population aged 15 to 24: almost 16% took the substance in the last month. By communities, they exceed 10% of the population aged 15 to 64 who used cannabis in the last month Balearic Islands, Murcia, Catalonia, La Rioja and the Valencian Community (in the Balearic Islands it is more than 16%).

Cannabis use is on the rise

The use of cannabis derivatives is growing (it decreased in 2010 just for a couple of years). More than three times as many people take it daily than 20 years ago.

Among the population aged 15 to 34, Spain is the third country in the European Union with the highest cannabis use: 18% of the population of that age took it in the last year. They are surpassed by Italy (20.9%) and France (21.8%), according to the European Monitoring Center for Drugs and Drug Addiction, although the latest data is from 2017.

Please remember to check back later for the latest results on the government Cannabis debate, due around 5:00 pm.