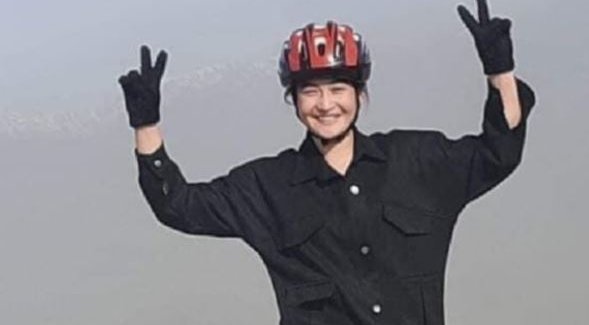 Mahjabin Hakimi’s coach has told The Persian Independent, how the rising volleyball star was murdered by Taliban jihadists. The young woman had played for the Kabul Municipality Volleyball Club.

Various reports have appeared on social media. Some say that Mahjabin had been murdered just days before the Taliban took over Kabul. Other people though say that she committed suicide.

Photos that are said to show the young woman’s lifeless body have appeared on social media. From the photos though it is not possible to say how the injury was caused.

The coach claims that the girl’s family had been threatened. They had been told not to reveal what happened to her.

Mahjabin’s coach has now spoken out after he saw the photos online. He commented: “All the players of the volleyball team and the rest of the women athletes are in a bad situation and in despair and fear,

“Everyone has been forced to flee and live in unknown places.”

Other members of the team managed to flee Afghanistan and make it to the UK. Zahra Fayazi previously spoke to the BBC. Zahra said: “Our players who were living in the provinces had to leave and live in other places,

“They even burned their sports equipment to save themselves and their families. They didn’t want them to keep anything related to sport. They are scared.

“Many of our players who are from provinces were threatened many times by their relatives who are Taliban and Taliban followers.

“The Taliban asked our players’ families to not allow their girls to do sport, otherwise they will be faced with unexpected violence.”